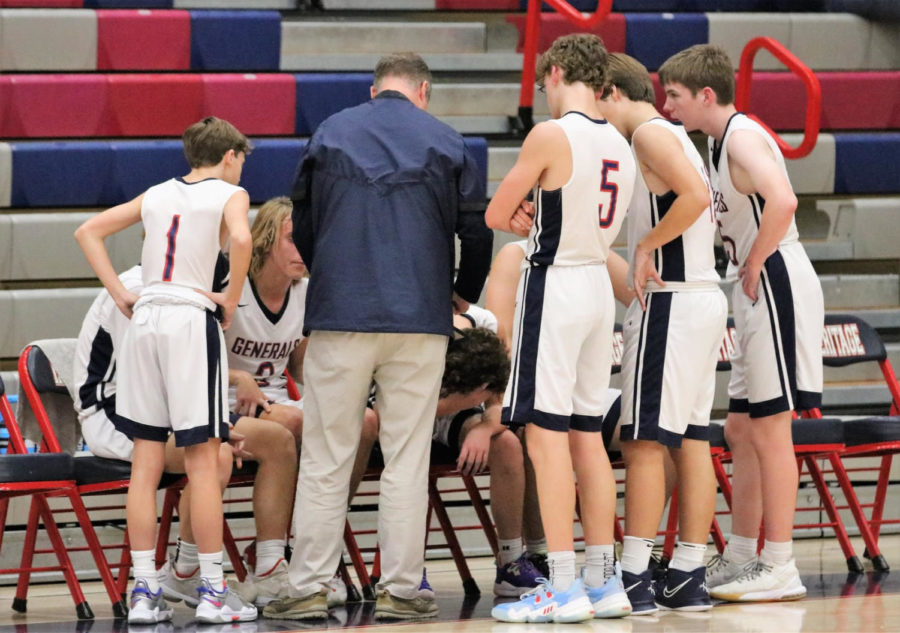 The 9th Grade Boys Basketball team had a short season full of growth this year, ending with an overall record of 2-3. The season began with a powerful win against Ridgeland, 41-33. The next two games, however, were unfortunate losses. Despite how hard the team played, the Generals fell to Coahulla Creek, 27-52, and SE Whitfield, 39-44. The latter was still a close game, and the boys bounced back with yet another win against Ridgeland, 53-41. The brief season ended with a loss to Northwest Whitfield, 22-47. The freshman team’s season was unfortunately cut short due to several teams canceling.

Even with so few games, some players stood out to their teammates. To Parker Scott, teammate Will Riddell stood out because “he plays good with everyone else and he is a leader.” Riddell also stood out to Coach Green, in addition to Maddox Henry and Parker Scott. Those players “would probably be our most consistent players throughout the year,” he said, “but I felt like Angel Romero, Jake Parker, and Thomas Culpepper all had good seasons as well.” Looking back over the season, both Parker and Maddox thought that the first win against Ridgeland was the best game the team had. Maddox remarked that “we really just came together for a good team win” at that game. Looking forward to the future, the players agreed they could all, as Will Riddell said, work on “playing as a team and playing for each other.” Maddox singled out “better communication” as the primary aspect the players needed to work on.

When reflecting on the season, Coach Green thought that “our boys played pretty well, all things considered.”  Some good still came out of this too-short season, as many of the players showed some promise for the next few years of Heritage basketball. Coach Green said, “Overall, I feel like the guys made a lot of improvements during the season.” (John Hurst)