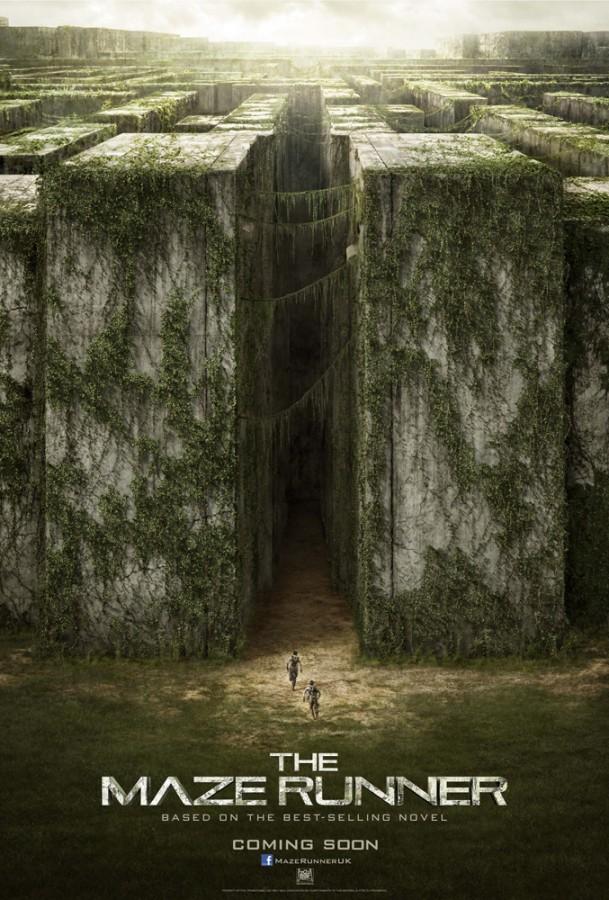 The Maze Runner, a popular teen trilogy, now hits the big screen in a big way. The action-packed adventure always left me wondering, and I never expected what was going to happen next. The acting was excellent, and the actors never left a bleak emotion.

The setting of the film is in the far future and gives an almost “dystopian society” affect. The film is in the perspective of Thomas (played by Dylan O’Brien), a teenage boy who has found himself in an unfamiliar place with unfamiliar people. He doesn’t remember his name, where he is from, or how he even got there. The setting is a large maze framing a small town with the population of about 50 other boys the same age as Thomas. He soon leads the other boys into the discovery of the end of the maze and the people who brought them there.

The plot may seem a bit confusing, but the storyline is portrayed so well throughout the script that it paints a picture for the viewers. I caught myself smiling in many scenes in spite of the relationship that is built between the characters, specifically between Thomas and Chuck (played by Blake Cooper). The only thing I viewed as unsatisfactory was the overused idea of a younger generation rebelling and turning against the older generation; however, I was quickly able to see through this tired-out theme for the excellent acting and a twist of a new kind that hasn’t been featured in other young adult fiction movies: the mind-puzzling maze.

Whether it was the beyond-exciting race through the maze or the heartwarming scenes with young friends, I was captivated throughout the movie, and I can’t help but be excited for the sequel to come to theaters.