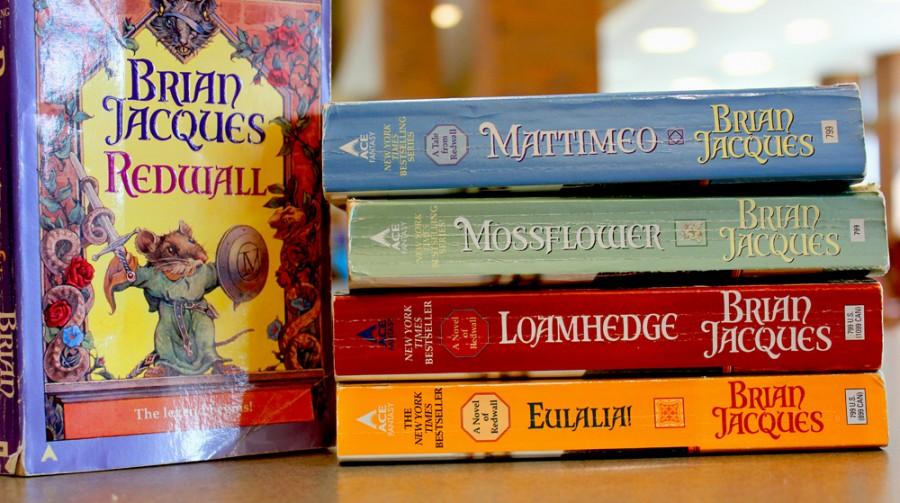 Attention avid readers! If you are looking for books to enjoy, I recommend the Redwall series by Brian Jacques. With 23 books in this fantasy series, you’ll have reading material for quite a while. The Redwall books focus mainly on a near-utopian place called Redwall Abbey; a red, sandstone sanctuary for all types of creatures. There aren’t any humans in the books, but talking mice, moles, otters, badgers, foxes, weasels, rats, and other smallish mammals make up the characters in these books. They act like humans; they wear clothes, use tools, farm, and live in tight-knit communities.

Author Brian Jacques was English. His British background is evident in every aspect of his writing: the dialects, the species of animals, the seasons, the food, and the setting. He really transports the reader to English woodlands. Like other famous British authors, his world-building includes a long, deep history both within the halls of Redwall and beyond.

The area in which Jacques excels is descriptive writing. In all of the Redwall books, there are paragraph upon paragraph of descriptions. They are told in such detail that you can imagine yourself there. These details really help the reader appreciate his lush and vivid world.

To help you get a sense of what these books are like, here is a general overview of the first book, entitled simply Redwall. The main character, Matthias, is a young mouse of Redwall Abbey who wants to be a hero like his idol from long ago, a mouse called Martin the Warrior. Then the villain, Cluny the Scourge, enters the scene. Cluny is an evil warlord rat with a huge army of rats, weasels, and other vermin, and they have been slaying everyone they come across. The creatures of Redwall and the surrounding forest of Mossflower refuse to surrender when threatened, so Cluny starts besieging them. While trapped inside the walls of the abbey, Matthias searches for Martin the Warrior’s legendary sword using a series of riddles hidden in the structure of the abbey.

Throughout the series, Jacques describes in lavish detail the mouthwatering feasts, thrilling fights, cunning plans, and mysterious puzzles and riddles that will hook readers for years to come. Sadly, he passed away in 2011 at the age of 71. But with almost two dozen Redwall books to his credit as well as other novels and stories, he left a legacy of great storytelling. Since the books jump generations forward and back within the timeline, it doesn’t matter which order you read them in; this makes it that much easier to jump in. I personally loved this series and recommend it for any reader looking for an adventurous fantasy series.