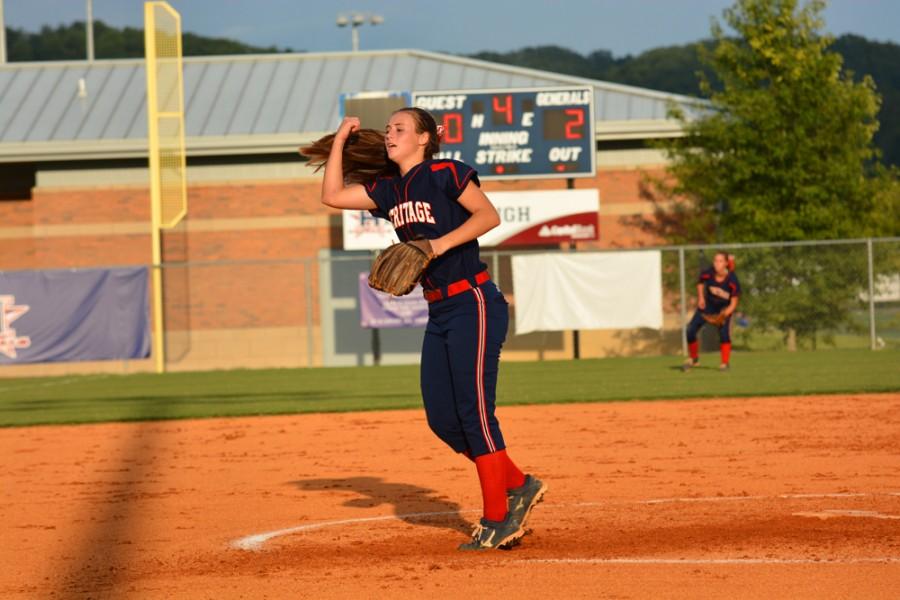 Senior Pitcher Lauren Lawson is an outstanding athlete here at Heritage. With multiple region championships and multiple state playoffs under their belt, the softball team holds an impressive record. The Generals will host North Oconee on Thursday in a best-of-three state playoff series. “North Oconee is traditionally a pretty good program,” he said. “Even though they finished fourth in their region, they’re probably the second or third best team in it … We’ll have to come out very focused and be prepared to continue to advance.”
Always hearing her name on the announcements, you know Lawson holds quite a few records. Lawson is 18-2 on the year, only allowing one run. In this last region game, Lawson struck out 5 and was the winning pitcher. She went 2-for-4 with a double and two RBIs for Heritage. She was also  recognized as an Academic All-American with a GPA over 3.5.