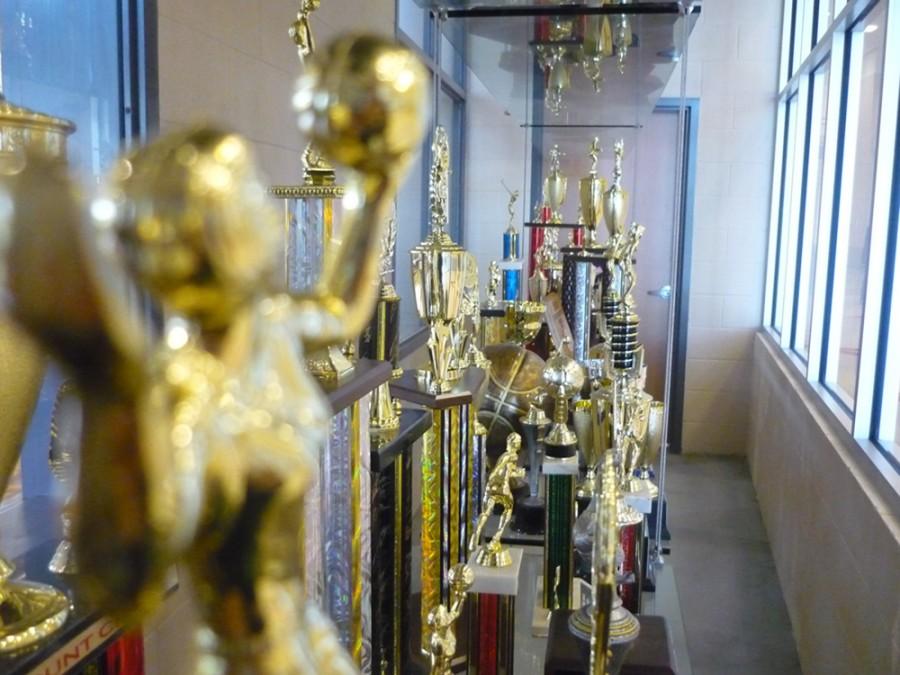 Heritage, being the newest school in the county, gets chastised a lot for our sports. Many only count that one sport called “football” and forget all about the other sports. They don’t mention our superb cross country team, in which the girls were just named the Chattanooga Area XC League Champions, or our skilled volleyball team who just placed 2nd in region. They even forget to mention our unbelievable softball team, who lately won region. Needless to say, we have some awesome teams.

Starting off with softball, this is a team that has captured tons of wins. As if the individual skill wasn’t enough, the girls working together will leave any team shaking in their cleats. The girls give their hardest and leave it all out on the diamond. With all this hard work, the team received the award they deserved: Region 7AAAA Champions. This win will lead them to State, an amazing award for a outstanding team. When we asked freshman Ashley Faulkenberry what the best thing about the win was, she said, “It felt great! I was so proud of the team and myself! I was so happy that the team and coaches had enough confidence to put me in the game.” Overall, the Heritage softball team is certainly worthy of their recognition.

A phrase that describes the football victories here at Heritage is “Winning in the stands since 2008.” Here in the South, football is a big deal. In the past, our football team may not have been successful with a winning season, but our school has never given up on them. This year has brought a huge shocker, as new coaches bring new beginnings for the Heritage High School football program. The Generals are now 4-3 on the year (as of press date) and have also made history here at HHS: This year’s team is the first HHS football squad to beat the Ridgeland Panthers. Our football program may have started on a low note, but as the years go by, the team’s self-esteem, playing abilities, and skill are becoming high notes. The team is not giving up on their abilities or their teammates as they are “B.O.B.‘s” (Band of Brothers).

The volleyball team has also overcome many things since 2008. As the program is becoming stronger, so is the team. Two years ago, the team advanced to the state playoffs and finished sixteenth in the state. Last year, the team brought home a Region Championship for the first time in school history, and finished eighth in the state. This year, the ladies are looking to beat their record, as the team has already started off the season by being the first HHS volleyball team to beat the Ringgold Tigers at Ringgold in their own Tiger Den. The ladies will head to Sandy Creek to play in the second round of the state tournament (as of press date), looking to further their success in State.

Another sport that is often overlooked at Heritage is girls’ and boys’ cross country. Looking at all of the accomplishments these teams have made, cross country is obviously not recognized nearly as much as they should be. As for rankings, the girls are currently holding onto first in their division while the boys are not far behind. Lastly, the team feels that one of their strongest qualities, compared to the other sports at Heritage, would be their openness to anyone who wants to join the team; they have and always will be one big family.

So, no, we don’t go out of our way to recruit the best athletes in the area and we don’t have a glaring history as a force with which to be reckoned . . . yet; we are not Ringgold, Lakeview, or Ridgeland, but we hold our own just fine. This school is just starting to make waves in the state of Georgia, and we’re here to build the foundation.