KICKING STRAIGHT INTO THE SEASON 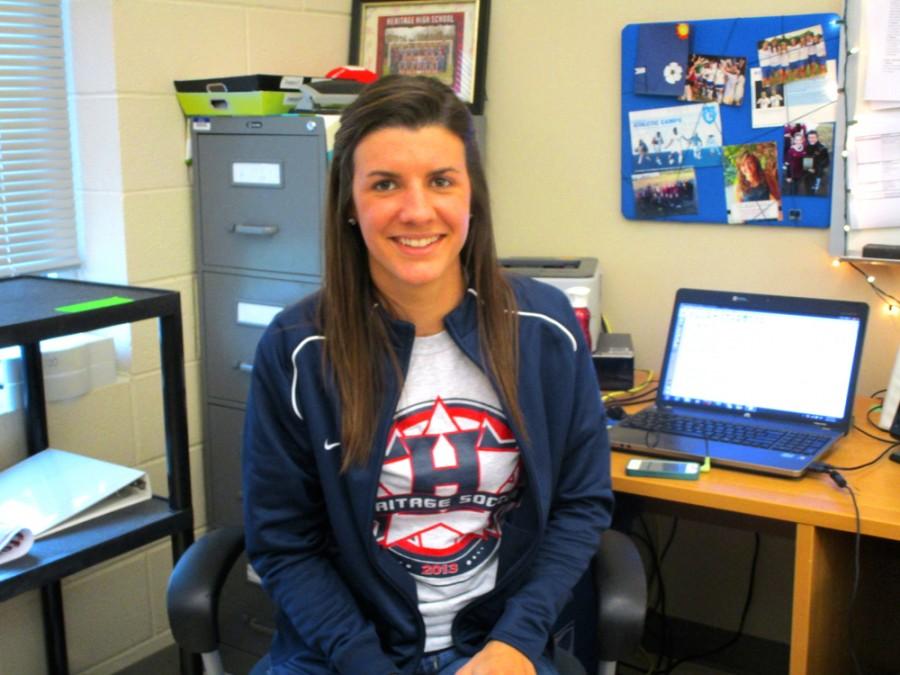 This year at Heritage High School, we received a plethora of new teachers including our new girls’ soccer coach and math teacher Desiree Robinson, also known as Ms. Robinson.

Growing up, Ms. Robinson started her soccer career at 5-years-old, and has been playing ever since. “I played any sport I could get to at school,” she stated. After high school, she furthered her soccer career, playing at Covenant College for four years.

After college, Ms. Robinson taught at Heritage for two years until she got another offer for Hawaii. “The only teacher they needed that year was a math teacher and a girls’ soccer coach, and I was like ‘I can’t turn down that job.’” She also told us about how she usually only had 13 students from all her classes; compared to Heritage, that is a huge difference. After two years of teaching over there, Ms. Robinson admitted, “I missed my family and everybody here, so I felt I needed to come back. I called Mr. Bradford to see if they had an opening for me.”

Then we asked Robinson what she thought about being the new coach to which she replied, “I think every coach is different, but if the girls come out not too comfortable, they will be good.” She also said she has heard a lot about the freshman class and is looking forward to the fast approaching season.