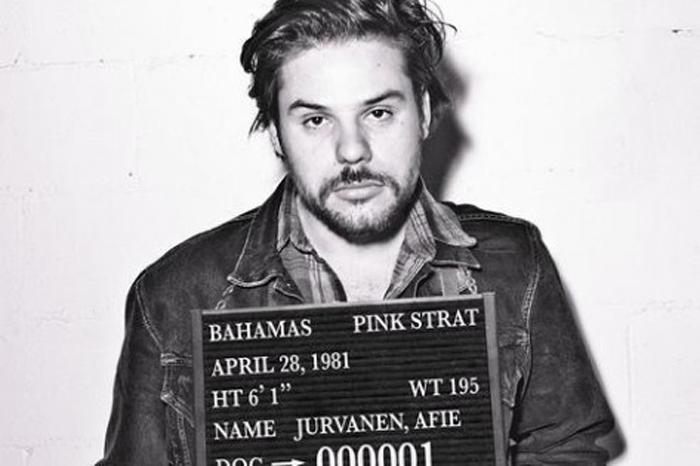 Making a name for himself as a guitarist, Afie Jurvanen is actually not from the Bahamas. Although you may be deceived by the name of his one man band, The Bahamas, Afie himself was born in Toronto, Canada. Beginning as a hard working citizen, Afie experimented with strings and bass chords to create a unique sound that is carried throughout all of his albums. In August of 2014, The Bahamas introduced their most recent album Bahamas is Afie. From this album, the song “All The Time” hit the charts when it was featured in a Motorola Droid “Free Fall” commercial. When a man jumps from a building and time stops for him to use his phone, the song seems to fit perfectly with its relaxed lyrics. Although having other albums before this such as Barchords and Pink Strat, the album Bahamas Is Afie definitely brought attention to Afie Jurvanen and his musical achievements. Something that drastically changed the future of The Bahamas was being noticed by Starbucks. Every once in a while, Starbucks is able to find an indie/folk singer to promote, and with The Bahamas, they hit it right on the money. When Starbucks customers were able to download one of The Bahamas songs for free, they got a taste of the music and bought more of their songs.

The Bahamas also did a cover song for the movie The Secret Life of Walter Mitty. Afie brought a really slow twist to the song “Don’t You Want Me”. After The Bahamas covered the song, it showed Alfie’s musical talents and how he was a true artist with everything he did. In January of 2015, Afie has multiple concerts set up in the US. After playing in Canada, The Bahamas will travel to the states and perform in Pittsburgh, Louisville, Nashville, Houston, Austin, Dallas, and Omaha. Afie started as a self-taught-guitarist, and probably never expected to become this popular. As far as music goes, The Bahamas have come a long way, but still have quite a bit farther to go. I can’t wait to see when Afie reaches into even further success.