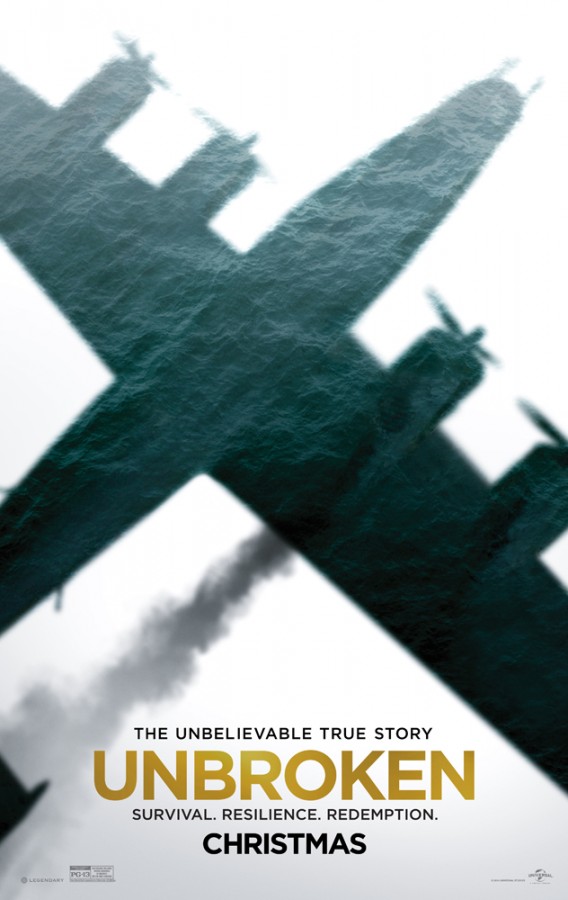 “A minute of pain is worth a lifetime of glory.” This quote comes from Pete Zamperini, Louie Zamperini’s brother. Louie uses this quote from his brother to overcome all of the obstacles that are thrown his way. You may have heard of the movie Unbroken, produced and directed by Angelina Jolie. It was based upon the book Unbroken: A World War II Story of Survival, Resilience, and Redemption written by Laura Hillenbrand that follows the real life of Louie Zamperini and the obstacles he faces through World War II.

Starring Jack O’Connell, Domhnall Gleeson, Miyavi, Garrett Hedlund, and Finn Wittrock, this movie is an excellent example of how a young boy grows up to be a perfect example of a hero. Louie, in his younger years, was a troublemaker. His brother Pete saw potential in Louie and made him try out for the track team. He later became an Olympic distance runner in the 1936 Olympics. After the Olympics, he went into the U.S. Air Force. After a near fatal plane crash in the ocean during World War II, Louie and two of his crewmates (Mac and Phil) struggle to survive forty-seven days in the Pacific Ocean. Unfortunately, Mac dies and Louie, along with Phil, are captured by Japanese soldiers and are sent to a POW camp. Louie is brutally tortured by the leader of the POW camp whom they call “The Bird.”  After the war ends, Louie reunites with his family and later carries the torch for the 1998 Olympic Games. Unfortunately, Louie died on July 2, 2014, but left behind a legacy.

This film was one of the best films I have ever seen. It was touching, yet showed the true meaning of being a hero. The characters were well portrayed, and the plot was well planned and thought out. It stayed very true to the actual life of Louie, and the actors were amazing. I think that Angelina Jolie, the cast, and Louie deserve a big pat on the back. I would rate it 5/5 stars.