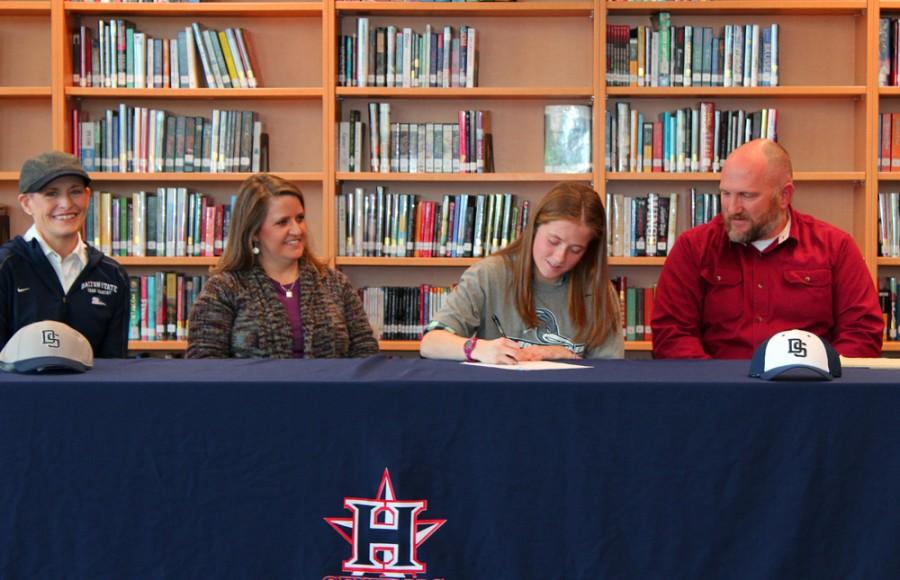 If you didn’t know this already, our girls’ cross country is very good. We have a lot of talent, but one person stands out: Emily Poole. Poole has been on the team since her freshman year, and she was even lucky enough to win State in the same season. In her sophomore and junior year, she placed runner-up, and this year she placed third in State. She has been so good, that colleges have been contacting her. Late last week, she made her decision, choosing Dalton State. Poole will be with two of her former teammates, Natalie Espinoza-Henley and Mallory Edwards.

Poole has had an amazing four years here at HHS. She has had so many accomplishments over these four years, but I can only name a few. In 2014, she was a Region Champion, recording the fastest state time in school history while also representing the state of Georgia in the Footlocker Regionals. In 2011, Emily had a stellar freshman year. She was a State champion and a region runner-up.

The cross country coach, Coach Wynne, had some very nice words to say about Poole. Coach Wynne stated, “I cannot overestimate the impact that Emily has had on our program. In the last four years, she has secured 3 region championships, and a State championship.” Coach Wynne is obviously very proud of Emily. He even said, “I look forward to seeing Emily compete at Dalton State next year.” Let’s all hope that she goes on to do great things at Dalton State and makes HHS proud once again.