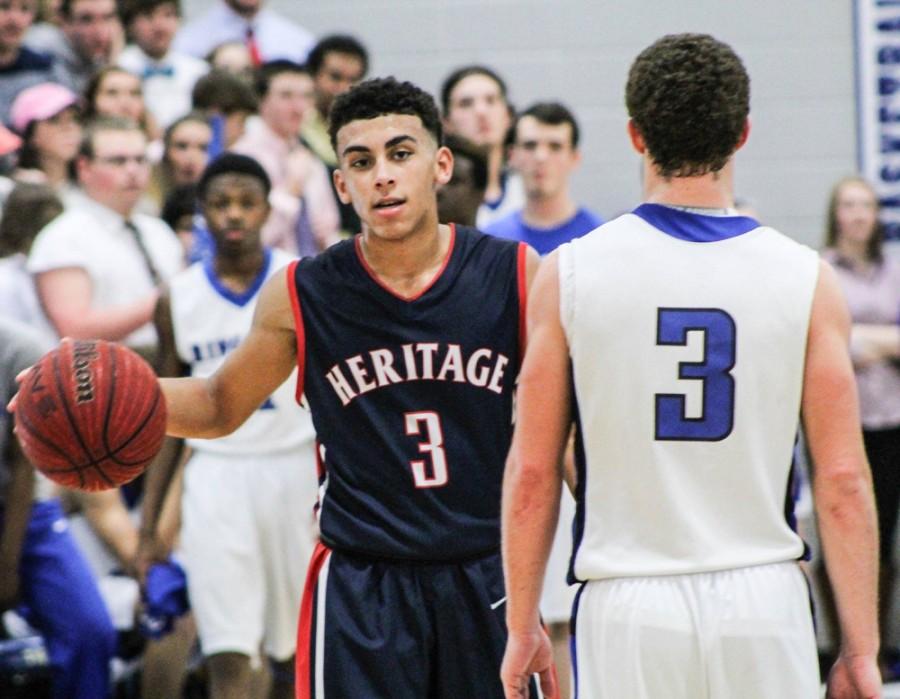 Heading into the State playoffs as the best team in Heritage history with homecourt advantage, it’s easy to see why optimism was at an all-time high; however, the Generals were forced to clean out their lockers a little earlier than most expected after losing a hard-fought game against Monroe Area. So hard-fought, in fact, that Heritage nearly witnessed another court storming had the two potential buzzer-beaters dropped.

Monroe Area barely escaped the Taj with a 60-59 win. In the closing seconds, a foul outside the three point line sent a Monroe guard on the line for three free throws. The first two were perfect, but the second clanked off the back iron. Suddenly, it seemed as though Heritage may walk away a narrow victory, but then Monroe delivered the dagger. Almost like a cannon, Monroe’s center shot to the missed free throw and tipped it back in giving them the one point lead. A series of timeouts left Heritage with the ball with time running out. After a little ball movement at the top of the key, sharpshooter Hunter Erickson found himself a wide open look from three. It never quite looked right coming out of his hands, as the ball died in the air and bounced off the front of the rim; however, it still wasn’t over. A rebound and a kick out to Jaylon Gaines left another wide open three for the win. It looked good in the air, but it wouldn’t fall through. A shot of dismay swept the crowd and players alike as they realized that the dream season had ended.

It’s important to realize that the missed game winners were not the sole cause of Heritage’s season coming to an end. Missed opportunity’s from the free throw line in the final minute and a failed box out on the final Monroe free throw left Heritage in a position where they had to come back instead of hold on.

The season may have ended on a sour note, but optimism must remain high going into the 2015-2016 season as many of the play-makers like Hunter Erickson, Cole Wilcox, and Noah Hill will be returning.