GIVE THE INTERNET THE RIGHT DRESS . . . 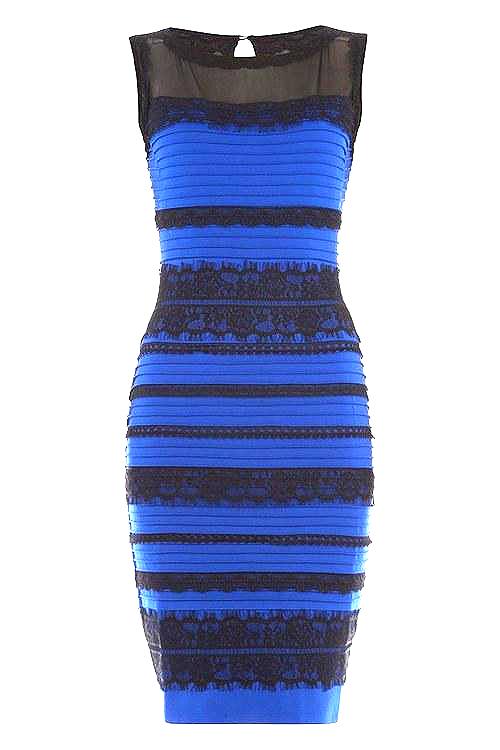 White and gold or black and blue? No matter what colors you see or how well the cones in your eyes work, it’s easy to see how toxic this dress has become. Essentially what has happened is that something went viral on the Internet and now people are trying their best to make money off of it, of course.

The day everyone went wild for the dress the website selling it, Roman Originals, went from its normal 10,000 visits per day to one million. The owner even had to pull dresses from some of his stores so that he could sell more online. You know that of course their sales are going to go up, and they did by a shocking 347 percent. I suppose people think it’s well-worth the $77.13 just to get in on the hype.

One good bit of advertisement did come out the dress. On March 6, the Salvation Army of South Africa tweeted a picture of a woman with bruises on her face and leg in the dress, and the dress was gold and white. The caption read, “Why is it so hard to see black and blue? One in 6 women are victims of abuse.” Cue the applause. The tweet ended up getting over 16,268 retweets and 7,790 favorites. It goes without saying that I was sick about hearing of this dress, however, I did not mind that tweet.

The moral of the story is that you never know what the Internet will come up with next, or what it will turn into. We can be sure that whatever it is, people will beat it to death for a few days even though it’s funny for only a couple of hours. Go figure.