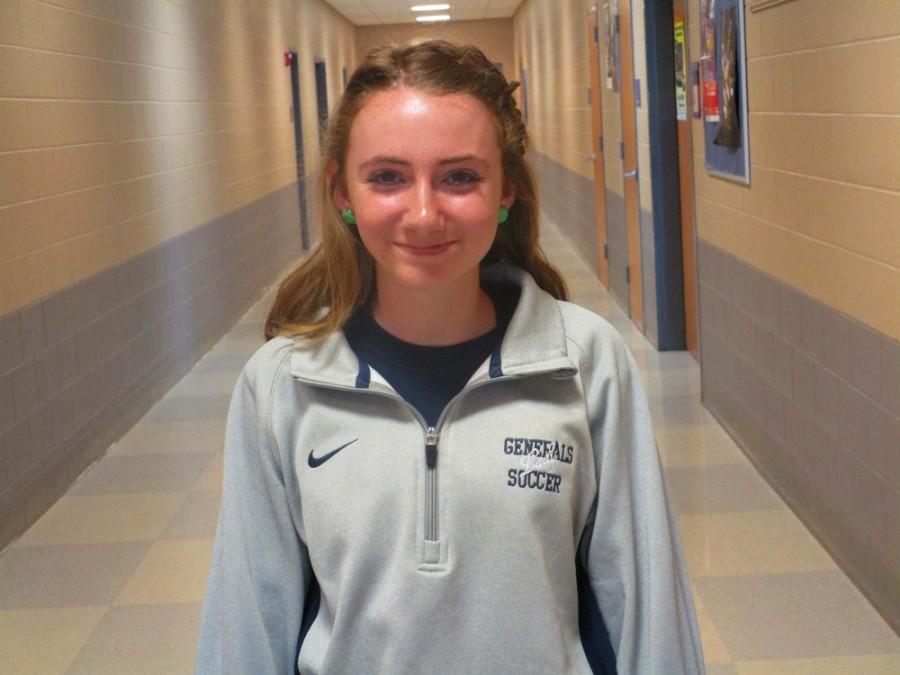 Spring sports have officially started, and the talk around school is girls and boys soccer. This month, since soccer is big right now, our athlete of the month is Finley Brisendine. Brisendine is a freshmen on the girls soccer team. Soccer has been her life since she was a toddler, and she doesn’t look to be slowing down.

Brisendine has been playing soccer since she was five years old. I asked her why she started playing soccer and she said, “It was originally because my church had a team, but when I started to play I realized how much I enjoyed it.” Brisendine played for the HMS soccer team for all three years and was a starter. Finley plays left and right wing. I asked her if she has scored any goals this year, and she said, “I don’t really play in a scoring position but if I need to score I can.”

Finley looks like she could definitely be a great player for our school in later years. If you are a soccer fan, I suggest you go and watch Brisendine and our girls soccer team.  You won’t be disappointed.