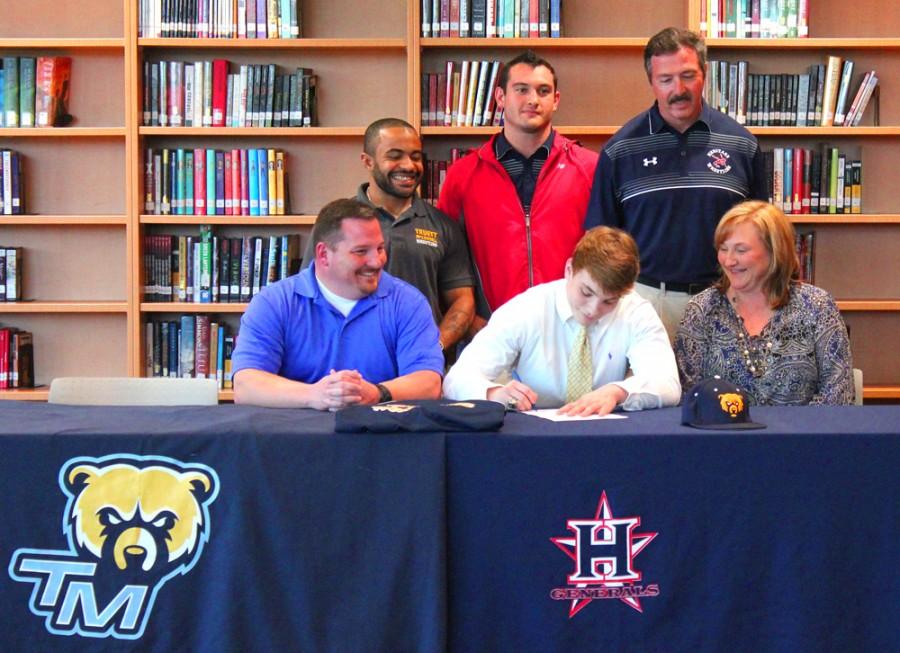 With the resurgence of many Heritage athletics, the college signings have piled up. Blaine Bird added his name to the growing list when he signed with Truett-McConnell on a wrestling scholarship. Bird had a solid career as a Heritage wrester, competing on a consistent level for all four years; however, it was his senior year that really set him apart. He finished the year at 59-6, but Bird will be the first to tell you that he has another reason to remember his senior season.

“My best achievement was working hard in the weight room and being on an awesome team,” Bird stated.

Bird’s decision to attend Truett-McConnell was based on a bit more that wrestling. He views it as a comfortable place to spend his college career, and the coaches and atmosphere were huge factors in his signing.

“I chose Truett because I felt at home there. I loved the Christian atmosphere, and I loved the coaches and professors there above all the other choices.”

Of course, it is the goal of college athletes to succeed on a whole new level. Bird is no exception, but he hopes that his time at Truett-McConnell will have a big impact on him off the mat as well.

“As always, I want to be a national champion or an All-American, but I mainly want to be the best I can be, and also become closer to God while at Truett.”

In my time with Bird, I can assure you that he is more than deserving of taking his talents on the mat to a new level. From everyone here at the General Journal, we wish him the best of luck on his future at Truett-McConnell.