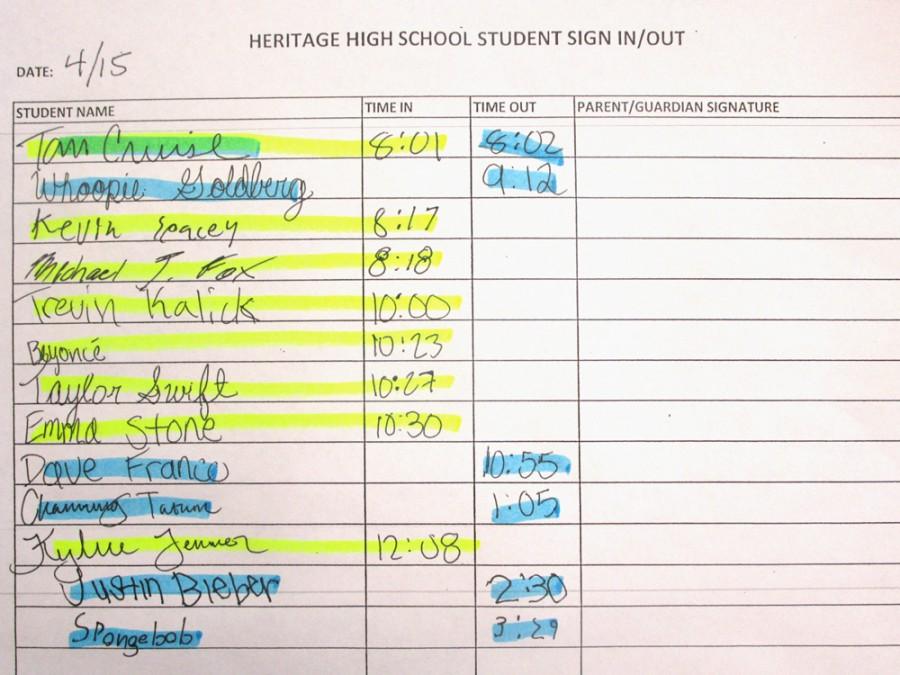 The month of February this year contained its share of inclement weather. School was out of session for a couple weeks due to such weather. In order to make up the lost time, Catoosa County schools added extra time to the school days for roughly a month. Even though the school day only started five minutes earlier on this schedule, a plethora of students were late to class. Five minutes was enough time to increase traffic and slow students on their approach to HHS, resulting in even more tardy students. This meant that students would have to leave more than five minutes earlier than usual if they would typically enter the school close to the start of class.

The last day Heritage students had the slightly extended school days was on April 10, which makes this the first week that school is back on its original schedule. Although students still have to make an effort if they want to get to class on time, it seems a little easier than when school started five minutes earlier. Heritage students should finish the school year with the original bell schedule instead of the extended school days of the last few weeks.

This is not the first year that there was an extended bell schedule due to school being canceled. There was a similar situation last school year. We had more snow than usual, and school was canceled for several days. The solution was also similar. The school added minutes to the school days in order to make up the lost time.

Although there is only a small difference; it’s a welcome convenience to start school at 8:00 again.