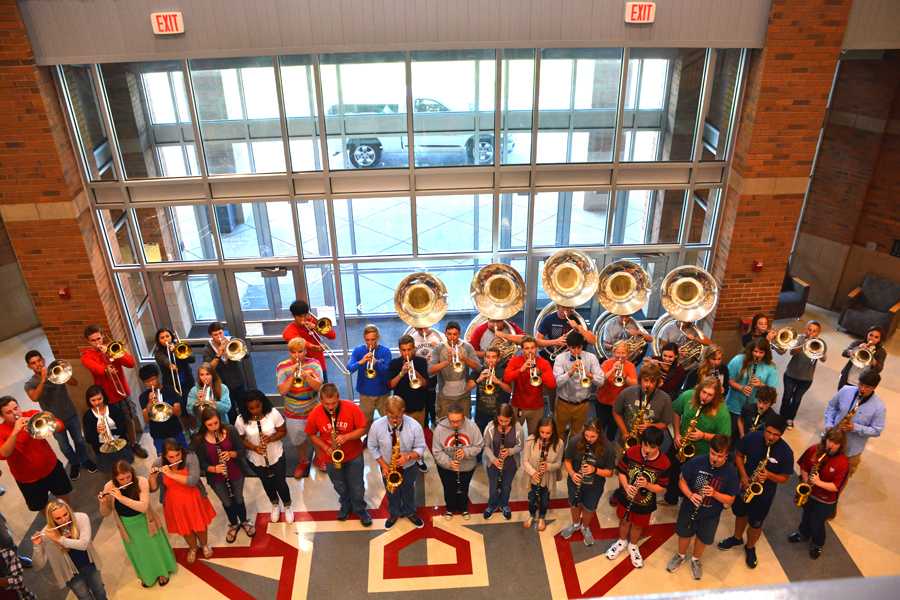 Tomorrow night, the Heritage High School football team kicks of their season with their game against Ringgold. What is perhaps not anticipated as much the football game itself is the halftime show presented by the Heritage High School Legion of Generals. The halftime show for tomorrow night is titled I Am Spartacus, and it will include music that appeared in the ballet Spartacus. Music from the Pines of Rome orchestra piece will also be included in the Legion of Generals halftime show. Of course, the band will play during the time the football game is actually being played. These songs that will be played during the game include “Shut Up and Dance” in addition to “Uptown Funk.”

The creation of this halftime show is one that requires a great deal of time, energy, and no shortage of people. This year, The Legion of Generals marching band is consists of 170 Generals. Needless to say, there is a need for leaders when dealing with such a large group of people. The Drum majors are Vitaliy Popovych and Hannah Abraham. Shaw Boland is the First Lieutenant, and the Second Lieutenant is Noah Scott. Finally we have the Chaplain, who is Matthew Poole. These students require preparation for their show this Friday, and prepared they have. According to the Legion of Generals Band Director Mr. Callaway, by the time of the game tomorrow night, they will have rehearsed for a total of 105 hours outside of class. Even after all those hours, Tomorrow night is not the final version of the halftime show. According the Callaway, there will be more “action” incorporated in September. He recommended seeing the show more than once.