RUNNIN’ DOWN A DREAM 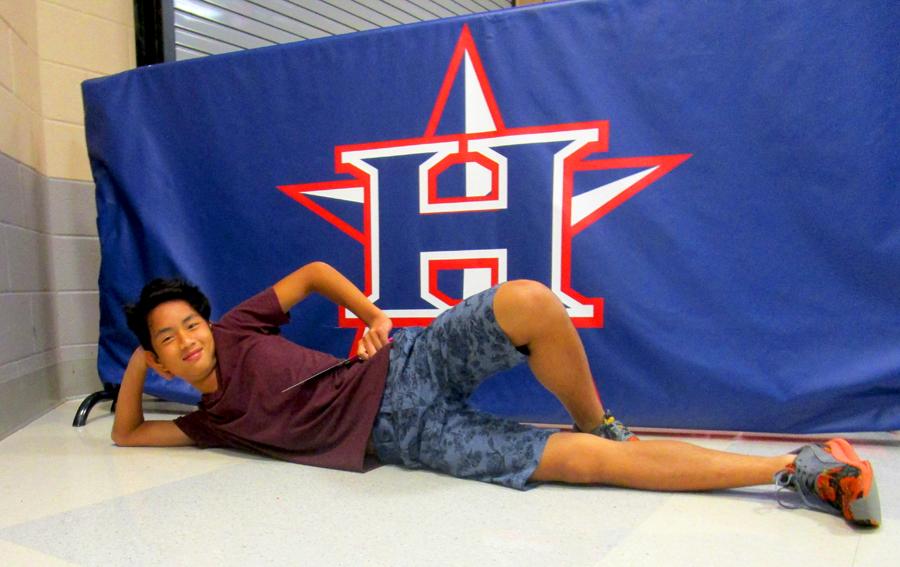 Although you might not know how to pronounce his name correctly, most everyone knows who this outgoing athlete is.  Nhan Le was born in Vietnam and came to America at a very young age.  He has always played several sports, but at the start of middle school he knew he wanted to become a runner.  Shockingly, what held him back was that he was shy.  He didn’t know anyone on the team and was afraid to try out.  Finally, his 8th grade year Nhan got the courage join the cross country team.  By the end of the season, he could run two miles in twelve minutes and eleven seconds.  He also made the track team that year and found he could run a mile in fewer than six minutes.  Before high school, Nhan wasn’t sure if he wanted to keep running because the practices were getting harder, but as the summer went on, he decided to continue to this day.  Nhan is running for the high school boys’ team and will be competing in their first meet September 5.  His favorite thing about the sport is that it helps him forget things and clear his mind.  It also  helps pass the time during the summer.

Besides running, Nhan has also been on swim and basketball teams, but his favorite sport is still cross country running.  With all things considered, Nhan Le plans to remain an athlete and keep in shape.