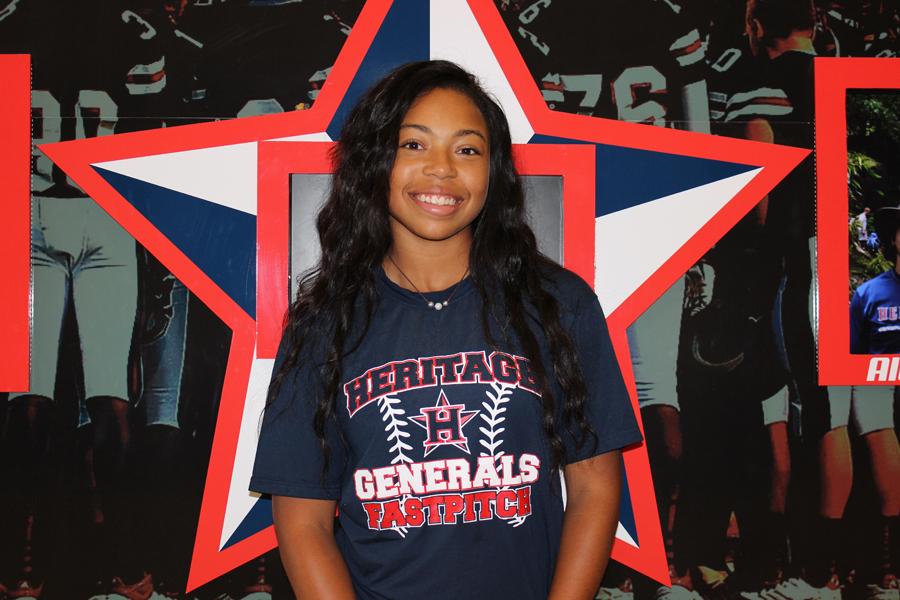 Junior Shayla Ludy transferred to Heritage High School for the 2015-16 school year. She is currently playing for our softball team. Ludy said she can play anywhere in the outfield (and infield when needed–which is hardly ever). This shows just how great of a player Ludy really is. Not many people are able to play anywhere and play those positions well. She has been playing softball since she was eight years old.

When Ludy is not in school or on the softball field, she enjoys spending her extra time hanging out with her friends and playing basketball. Basketball is a strong passion of hers. She has been playing since she was just six years old. Her ultimate goal is to make it to the WNBA (Women’s National Basketball Association). She plays as both a point guard and a shooting guard. She said she would see herself playing for the Tulsa Shock. When asked why, she responded, “I want to play right beside my role model, Skylar Diggins. She is a great basketball player and a great person all around. She always helps other people, and she is very humble, not cocky.” This shows the great character of not only Diggins, but also of Ludy. It is great Ludy has such an amazing role model to look up to. If Ludy does not make it to the WNBA, she wants to become a physical therapist. Ludy shows great character and is always wanting to help others, which is something to be admired.