THE OTHER ONE RING 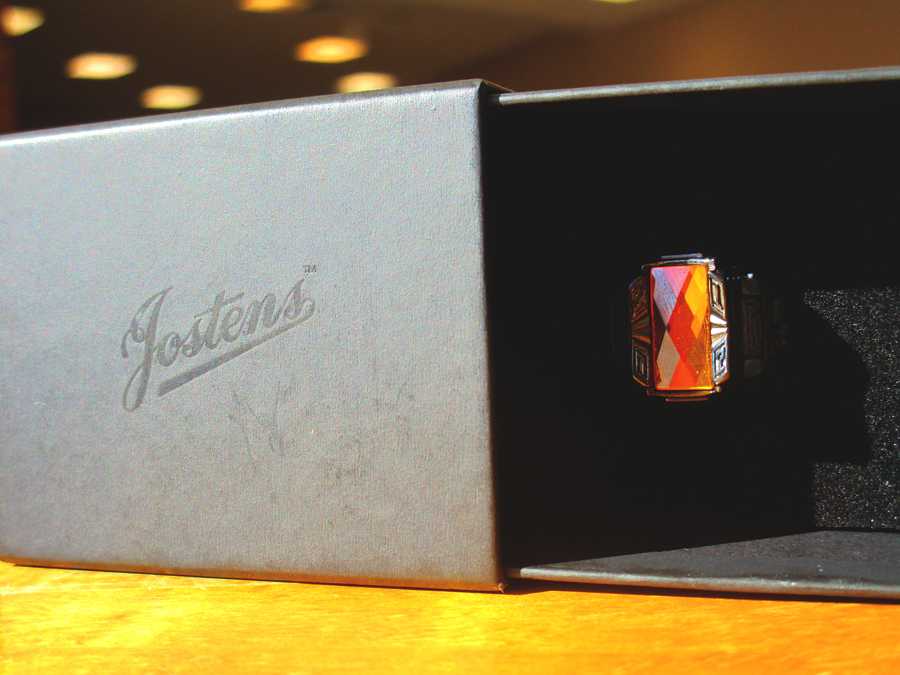 This Tuesday, September 15 was the day of the junior class ring ceremony. The event was held in the HHS cafeteria. A representative from Jostens, the company that produces the high school class rings, explained both the policy of having a ring resized and the insurance policy of the ring. For those who are interested, the ring can be sent to Jostens to be resized whenever the owner thinks it is time to do so. Additionally, the rings are insured from damage and theft for the life of the ring. The representative explained that the ring can be sent to Jostens and replaced even if the owner smashed it on a wall. All that is needed to have the ring repaired or replaced is proof of who purchased it. The students formed lines to receive the boxes that contained their class rings. They were all sorted in two lines depending on their last name. The juniors were not allowed to open the boxes containing their new accessories yet, however. Before they were allowed to do that, Mr. Bradford, the principal of HHS, talked about what the high school class rings mean. He compared his own high school to his wedding ring in that they are both symbols of commitment. One is a commitment to one’s spouse, and the other is a commitment to fellow students. Mr. Bradford concluded by announcing that the students were to open their boxes and see their rings as a class. After the ceremony, the students enjoyed refreshments and took part in a group picture.