A PUNCH IN THE GUT 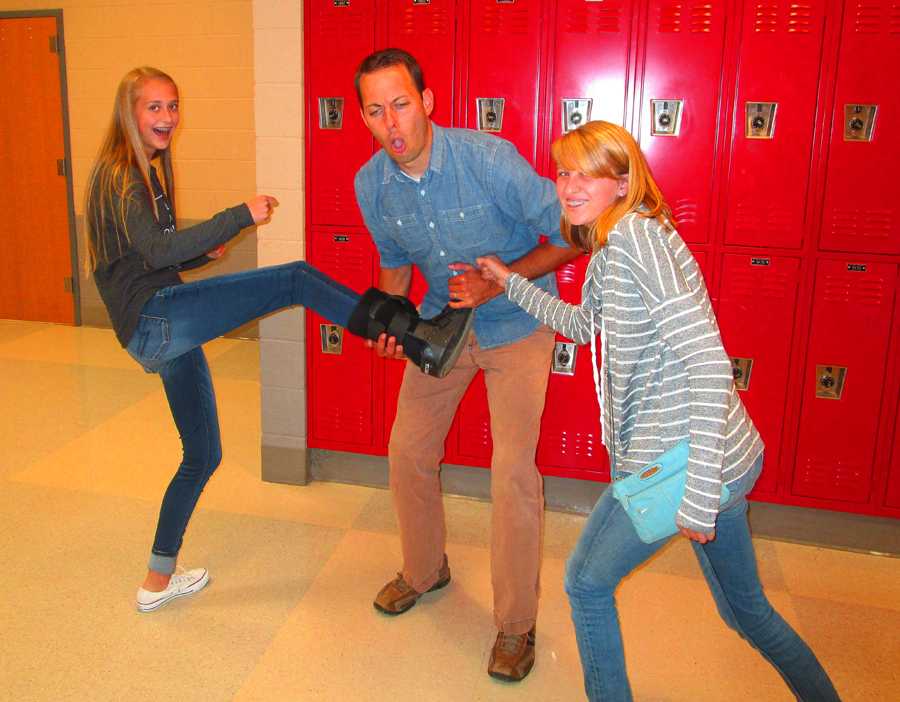 On Wednesday, October 7, the HHS cross country team had a very different practice. For those used to the routine long runs and mile repeats, this running practice really mixed it up for them. Coach Wynne usually has a set schedule for how their daily practice might go. Monday is tempo, Tuesday is race day, Wednesdays are hill days, Thursdays feature a long run in the park, and Friday is speed work on the track. October 7 was not a normal hill day, though, as they normally leave campus in search for a steeper hill. That Wednesday they went to the side of the course behind the school. They stayed on campus and made it more challenging.

As most people understand, the usual cross country race averages out to be 3.1 miles, or a 5-kilometer run. With a race coming up October 13, it was the perfect way to prepare.  As a spectator, this did not look like an enjoyable practice. Most of the runners were drenched in sweat and breathing very heavily as they passed by me. Hannah Smith said, “It was a very challenging run, especially because we were on our course. It was a great way to prepare for a meet, though.” As this freshman runner said, being on their home course made it even more difficult; it is filled with many hills. In total, Coach Wynne had them do 10 full 1-kilometer repeats, but he wasn’t done with practice yet.

The runners had to go to the other side of the course and run more hills. They trekked up the long but gradual hill many times, guaranteeing that their practice would make perfect at the next meet, at which they ended up doing awesome.

All in all, this practice was very different for the cross country runners. It was difficult to go through and a real punch in the gut, but it definitely paid off in the end!