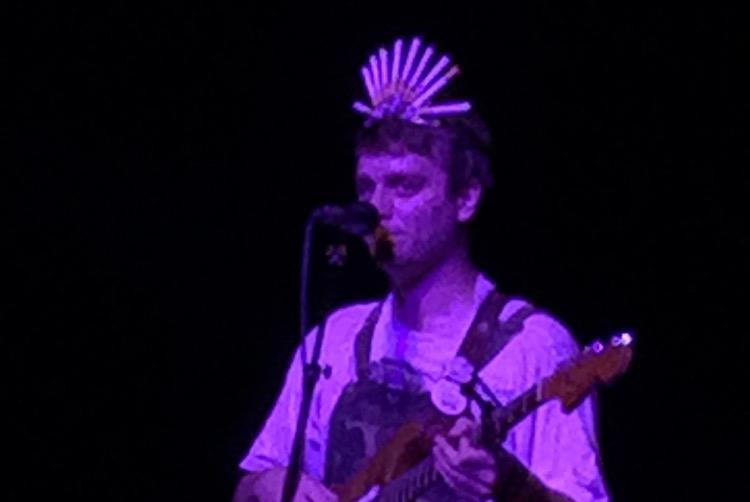 Mac Demarco’s image that he’s created for himself remains mysterious to me for a couple of reasons. Maybe not mysterious, but it certainly can come off as disingenuous. But I ate my words last Friday night. While many were watching our football game against Ridgeland, I was at Variety Playhouse with a very skeptical mindset. I was seeing Mac Demarco, and the opening acts had me very unimpressed. I was ready to give up on enjoying the show, until Mac came out and gave me plenty of reason to have fun. He opened up with “No Other Heart,” a song from his most recent album, and then broke into the fan favorite, “Salad Days.” Crowd reaction was insane, and the energy level got higher and higher.

Throughout the set he played new songs, as well as old favorites like “Cookin’ Up Something Good,” “Ode to Viceroy,” and “Let Her Go.” Around the eleventh song, Mac brought attention to his keyboardist and extra percussionist, remarking that “they were new to the band, and had to be initiated,” so for a good twenty minutes, Mac made the boys crowdsurf across the hordes of screaming fans. This engagement ended with the percussionist reading the keyboard player’s shirt word-for-word to the crowd. I must note that the entire time, Demarco was wearing a tiara full of lit cigarettes. After four or five more songs, Mac played an extended version of his song “Still Together,” during which he removed his overalls and crowdsurfed over everyone, and then gave a totally radical guitar solo. This concert was kept from being boring by Mac Demarco being such and electric frontman, guitarist, and musician in general.