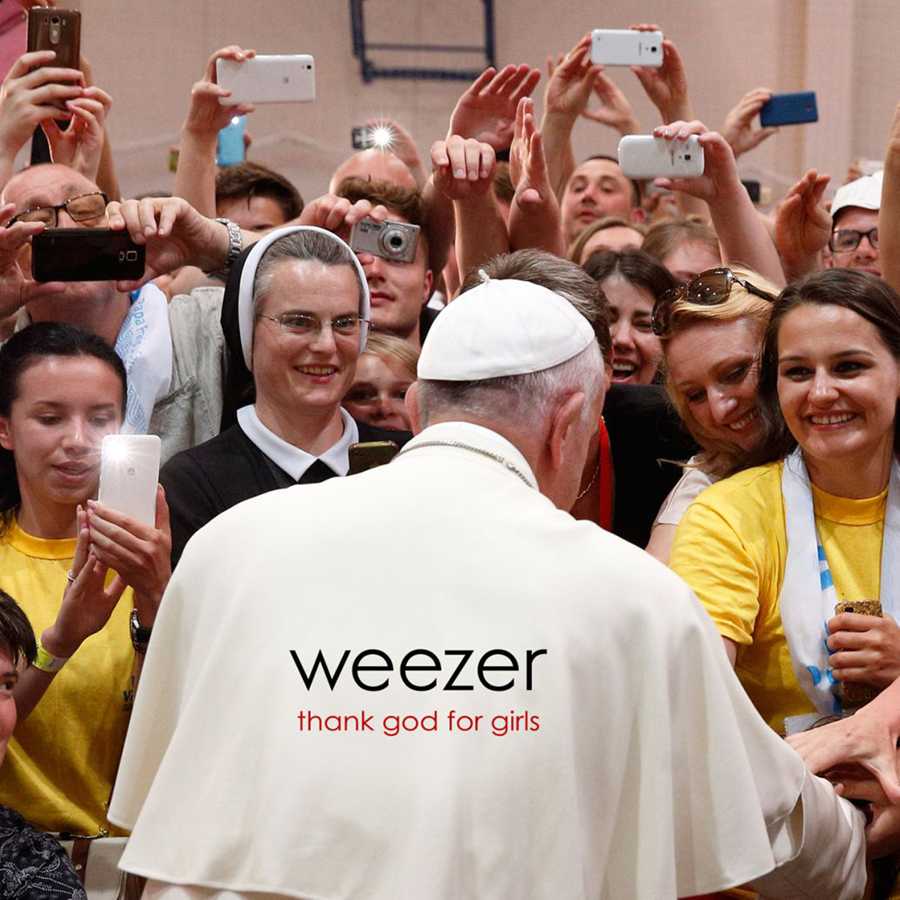 More than one year removed from the music industry, Weezer has once again astounded me and others with their amazing sound.  On October 26, the band released a single called “Thank God for Girls.”  This is very different from the songs that they normally sing.  Some fans are even saying that it sounds like the song is a cover from the original. In fact, there seem to be four dominating opinions on this new song. The first is “I hate change, so I hate this song.”  Others are saying things along the lines of, “I am a man who hates girls, so this is offensivem” or “I am a woman who has no sense of humor, so I also find this offensive.” And finally the minority opinion (and mine) is that the change is amazing. The song has a very Twenty-One Pilots vibe to it’s that very vibe that is bringing a new type of awesome to their music. As an extreme Twenty-One Pilots fan, I love that the new song is like so many other songs that have become my favorites.  Many fans like me are amazed that Weezer, founded in 1992, is now over 20 years old, so a change in sound was long overdue. The change sound astounded me so much that I had to do a double take to see if it was really Weezer. And it really is; this band took a yearlong break from releasing music, and they certainly did not disappoint me.