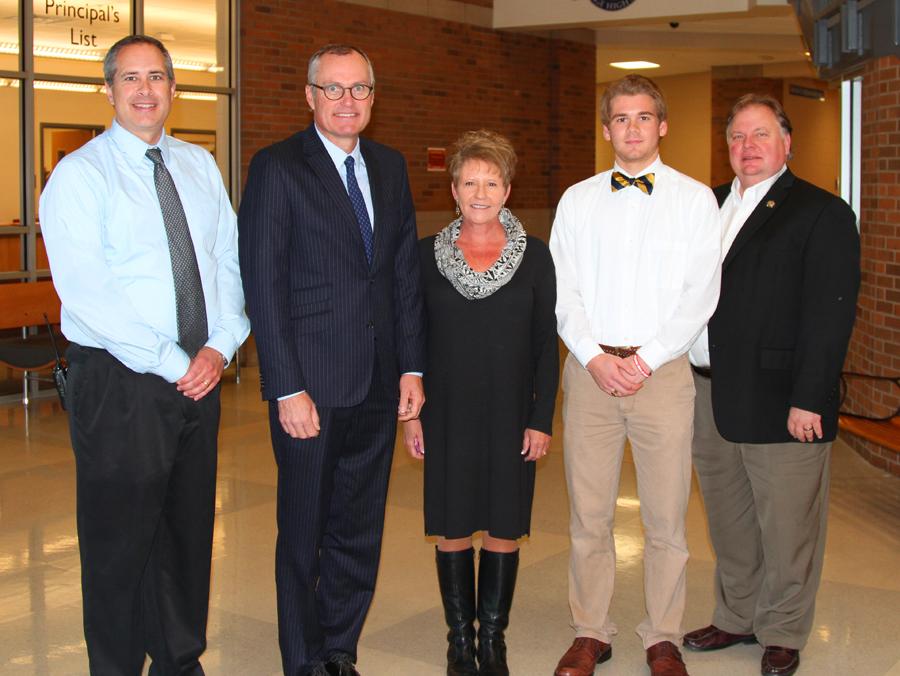 Heritage has had several speakers come through to talk, but we got the honor to welcome Georgia’s eleventh lieutenant governor, Casey Cagle, on Thursday, November 12. Cagle has been in office since January 7, 2007 and made history by becoming Georgia’s first Republican lieutenant governor. When Cagle came to speak to us, he didn’t focus on government, but rather the education and technical classes that get you where you want to go. He gave us practical advice and ways to help us stay focused on the long term goals. For instance, he told us the story of a girl who knew what she wanted to do from a young age. She pursued her dream in high school and graduated with two years’ worth of college under her belt without having to fork over a dime. He contrasted this to his sons who graduated high school, went through four years of school to get a business degree and then looked back to see what they wanted to do. Cagle told us that in order to be successful in life, we need to always look forward and go from there. However, if this made anyone nervous, he countered it by telling his experience with indecision. Cagle was never interested in politics until his friend asked for help with a campaign. This gave Georgia’s future Lt. governor a nagging feeling that maybe he should be involved with politics. That’s when it all started. He asked his wife and when she said go for it he threw his heart and soul into a campaign, allowing him to make history. Cagle taught us to remember to stay focused and never look back so we can go wherever we want in life.