CITY OF DREAMS GETS THEIR TEAM 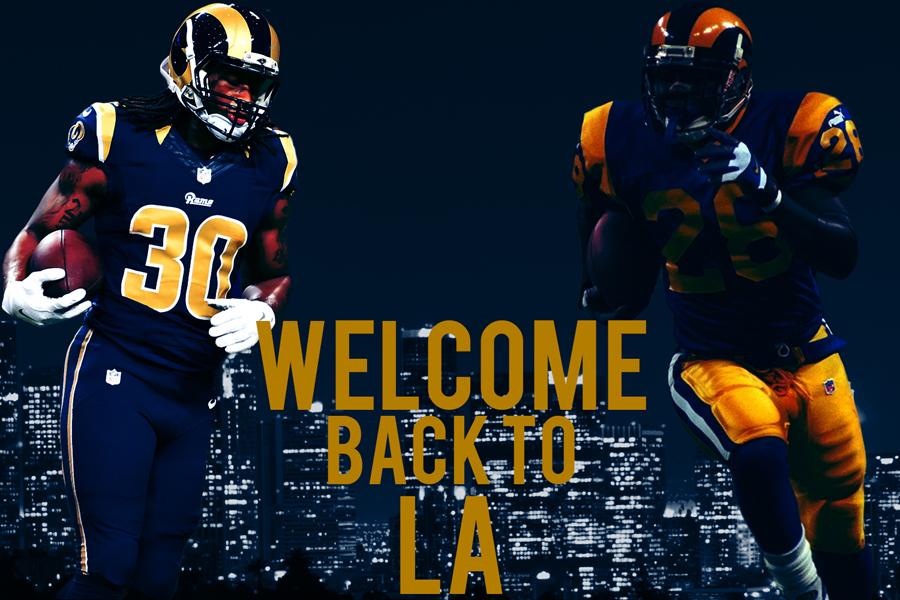 With the NFL Playoffs going on people seem to forget that other things are happening in the league. One big thing happened in fact, the St. Louis Rams are moving back to Los Angeles. Los Angeles is one of the premier cities in the country and they have been wanting a NFL team since the last one left for St. Louis. That’s right, the team that is moving to Los Angeles is the same one that left. Up until 1994 the Rams were in Los Angeles and moved due to the low attendance and money for the team. Finally, they are moving back and football fans are thrilled.

People weren’t sure a team would ever go back to Los Angeles because there didn’t seem to be a clear mover. Then, this season there were three teams up to move, Rams, Chargers and Raiders. After a vote by all the owners of teams in the league and a lopsided result, the Rams were approved to move to Los Angeles. Now, from reports, the San Diego Chargers are joining them and will play in the same stadium as them. Speaking of the stadium, it is going to be brand new and one of the largest stadiums in the league with the maximum capacity being 80,000 and will also be the most expensive stadium in the world.

NFL fans and everyone in Los Angeles are thrilled to finally have a team in the city of dreams. I for one can’t wait for the first game in L.A.