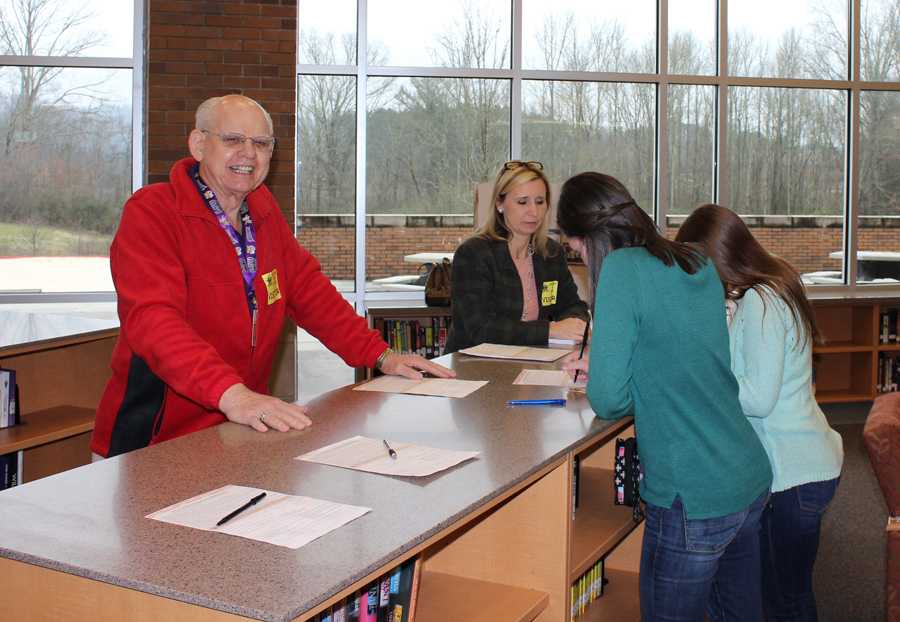 “It’s almost liberating to finally have some say so in who runs our government.” These are words from Nolan Skiles, a senior at Heritage high. Liberating is how he describes finally getting to vote.

On January 21, 2016, voting registry began at Heritage High School. On that day many soon-to-be eighteen-year-olds registered to vote for the first time in their lives. The students who registered will have a part in the Presidential Preference Primary in March 1, 2016, and the General Primary in March 24, 2016. Director of Elections and Registrations Tanya Moore and Elections Superintendent Howard Long helped the students of Heritage High School make one more step towards adulthood during the lunch break that day. “We’re here to get students registered so that they can have a say in the upcoming elections.” said Ms. Moore. Moore and Long both urge eighteen-year-olds to register.

Most people think that you must be eighteen to register, but that is not the case. Georgia law states that one must be eighteen years old within six months after the day of registration, and be eighteen years old by election day. So people can actually register when they have been seventeen for up to six months. Nolan has registered and already knows his vote: “I’m going to vote for Bernie Sanders.” Nolan also said, “I feel like more of an adult now that I can vote.” Nolan’s feelings are similar to the majority of kids his age who, by registering to vote, have registered for adulthood.