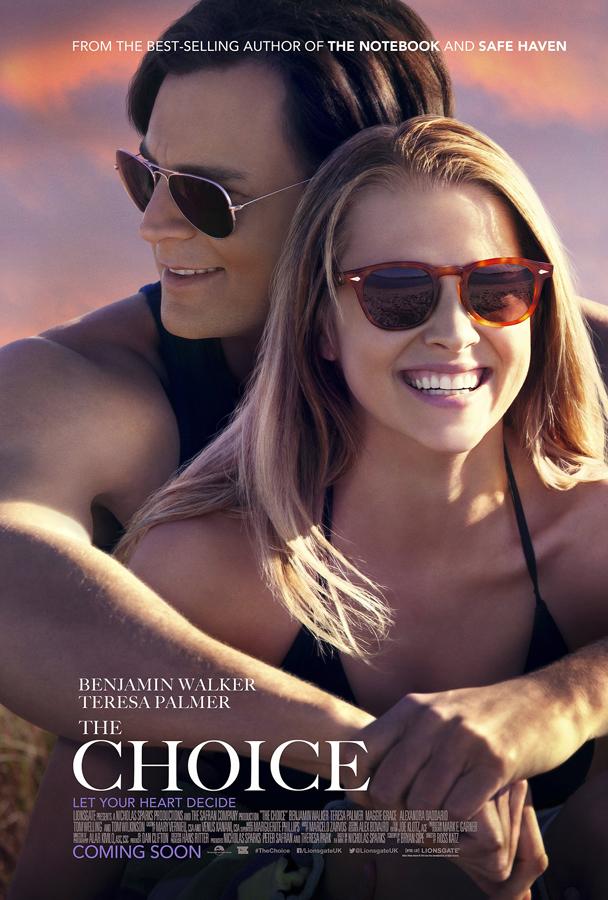 A few days ago I was presented with the opportunity to go and see “The Choice,” a Nicholas Sparks movie that was recently released in theaters. Honestly, I am a bit biased when reviewing most Nicholas Sparks movies as I am always in the mood for a good romance movie whether they are all pretty much the same or not; however, this one did sort of stand out in different areas of his other films, in my opinion.

The movie starts out like many Sparks films do. The girl, named Gabby played by Teresa Palmer, notices the guy, named Travis played by Benjamin Walker, while the guy notices her right back. But no, Sparks would never provide such easy access to love for the two soul mates; therefore, Gabby already has a long-term boyfriend from the very beginning. Inevitably, she must eventually go with what her heart is feeling rather than what her mind is.

Because I feel that Travis proposing to Gabby is a pretty obvious scene, I don’t feel like it will spoil anything when I say that it was one of my favorites scenes as well. I will admit, Travis’ hair was kind of killing his chances of me liking him at first but the way he smooth talks Gabby to show his true feelings to her when proposing, I could no longer help but love him too.

What really stood out to me in this movie though is what happens after they are finally together, where they belong. This part I will not spoil, but I will say that essentially the movie seems to have finally fallen together perfectly when tragedy suddenly strikes. It is extremely emotional and I definitely cried a good bit. And although you must be hoping for a guaranteed happy ending, I will leave to you to go see the film in order to find out what happens.

I would really recommend seeing this movie to any mature viewer: girl or boy. “The Choice” pulls at your heartstrings just enough to reel you in to the movie, adds in enough humor to make the movie more fun and interesting rather than “lovey dovey”, and relieves the cliffhanger towards the end with an unexpected ending.