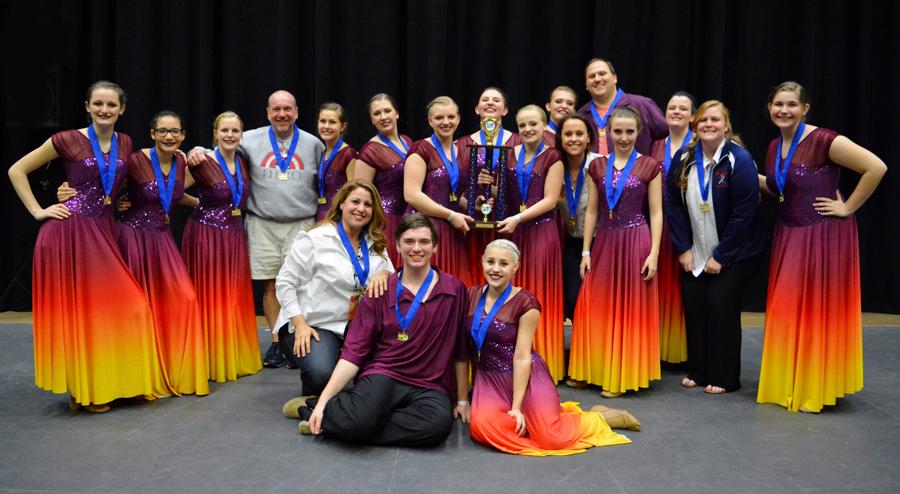 On Saturday, March 19 the HHS Winterguard traveled to Belmont University in Nashville for the Southeastern Color Guard Circuit Championships. The guard competed against 11 other teams in the AAA division and they brought home the gold. They were also named the Georgia State Champions with the highest score of anyone from Georgia. The competing teams were from Georgia, Kentucky, Alabama, Tennessee, Mississippi, and Indiana. The team performed their show to the song “Drops of Jupiter” by Train. Their show was designed by Jason Winningham, who designs for a lot of different guards, and this is the first show he has designed that has won gold. Winterguard captain, Tessa Bobo, said everyone was a little nervous before performing, but they were more comfortable and confident afterwards, she said, “We left everything on the floor and I’m pretty sure everyone performed their best!” The team has competed in four competitions this season and they brought home silver in every one except championships, and they were super excited about getting gold. I’m not surprised though, because from what Tessa told me the tam works very hard to prepare for the shows. Some practices have even lasted 12 hours “You have to be really determined,” Tessa stated. I asked her if she was excited for next season and she told me, “Very! I can’t wait to see what my show is going to be for my senior year!” I’m sure they will do very well next year considering how hard they work and how much they practice, we will probably see more gold medals from our Winterguard team next season.