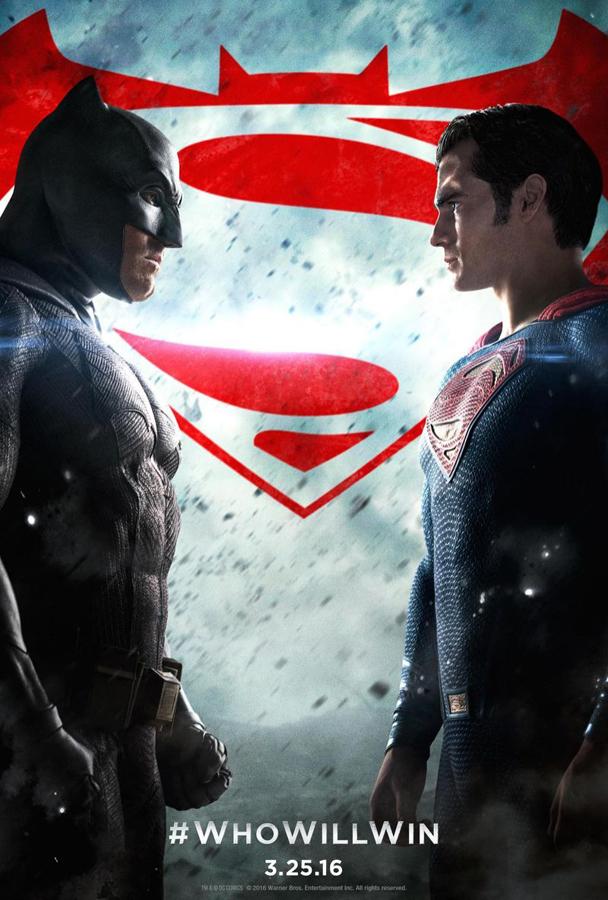 Ever since the 2013 release of “Man of Steel,” fans have been wondering what’s next. Warner Bros. and DC Comics then announced that they would make an entire cinematic universe just like Marvel did, with a total of ten movies being released within the next five years. The first movie being “Batman V Superman: Dawn of Justice.” While many critics slammed the movie, I personally thought that this movie was incredible, if not the best comic book movie ever. When Ben Affleck was cast as the newest Caped Crusader, fans immediately rioted; some fans went as far as to sending the president letters about the casting. Let me just say this, Ben Affleck is the best Batman ever. Unlike Christian Bale’s Batman, Ben Affleck can actually move. In the Dark Knight trilogy, Batman’s fight scenes looked pretty dumb, because he could barely move, unlike the fight scenes in “Batman V Superman” where Batman is all over the place (Think of the way Batman fights in the Arkham video games, and you’ll get the basic idea of how the newest Batman moves. Then, there’s Gal Gadot’s portrayal of Wonder Woman. I think she was the best part of the entire film. She had this James Bond-like appeal to her character. Also, the graphics were realistic. They look even better in 3D. The fight scenes (no matter who’s dealing the hits) were awesome. You could feel the beatings the people were taking. I forgot to mention, this Batman we see in the movie is brutal. He kills people and even brands them using a Batarang. We also get a glimpse of what all the years of Bruce Wayne being Batman has done to him by witnessing several nightmares of his.  However,  one major thing “Batman v Superman” suffers from is that it spends too much paving the way for the Justice League film that is coming out next year. All in all, this film was very enjoyable and surpassed my expectations. I should mention that there are no post- credits scenes, so there is no reason you should stay for the exhaustingly long end credits.