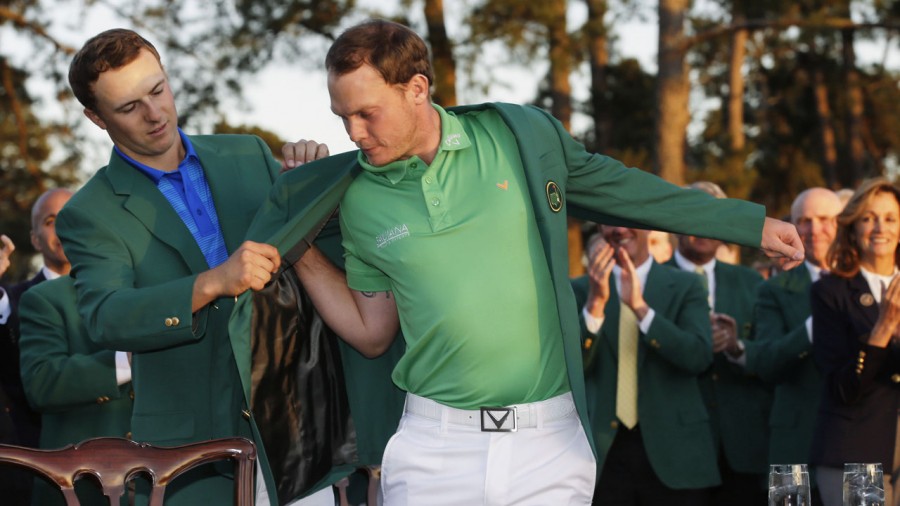 The biggest golf event in the world went on over the weekend of April 7-10.  Even if you are not particularly a golf fan, you know about The Masters. Unless you play golf or just love watching it, you probably never go out of your way to watch this long-winded tournament. This year gave the tournament some excitement as we had the defending champion, Jordan Spieth, looking to repeat as he was having a phenomenal first two days. Then came the third day, and everything went downhill.

Jordan Spieth, the next big thing in the golf world, at only 22  has already won The Masters once and was looking to repeat. He has gained comparison to a young Tiger Woods, and while I don’t agree with this comparison, I can definitely see the connections. Spieth came into the tournament as the clear favorite and proved it through the first two days. He shot six strokes below par, and then came the third day. Spieth was leading by a mile and looked to close it out and collect his second green jacket in a row, but things didn’t quite go that way. On holes five, ten, eleven, and seventeen, he shot a bogey, and on hole seven, he even shot a double bogey. This bad play shot him into second place behind Danny Willett who went on to win his first green jacket.

This grand choke by Spieth was so crazy that the internet took to trashing him. Photoshops and memes of him surfaced before the tournament was even over. Spieth is still the best young talent in golf today, but this will live with him forever, and I’m positive he will learn from it.