THE FALL OF BRADY 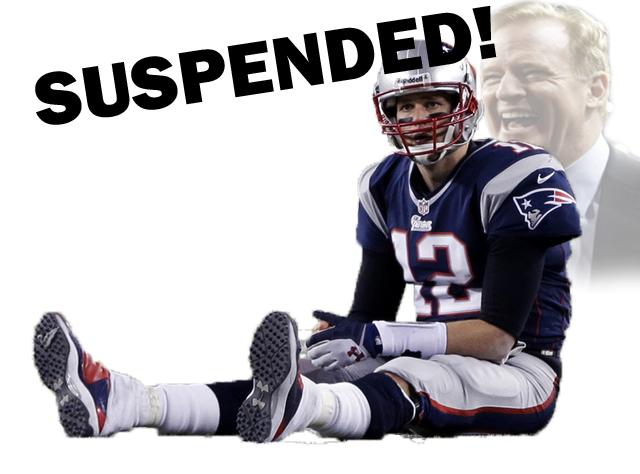 On Monday,  April 25, 2016, the Tom Brady’s 4 game suspension was reinstated. Brady is the quarterback for the New England Patriots. He was originally suspended, without pay, for “detrimental conduct to the integrity of the NFL.” More specifically, he had a connection to the use of deflated footballs in the AFC Championship Game back in January 2015. The first trial of the matter was in September of 2015 and  Judge Richard Berman repealed his suspension, allowing Brady to play the rest of the regular 2015 season. He will not be allowed to play the first 4 games of the 2016 NFL season, and will not be paid for the games he misses. After Monday’s decision, the NFL released this statement, regarding Brady’s suspension. “We are pleased the United States Court of Appeals for the Second Circuit ruled today that the Commissioner properly exercised his authority under the collective bargaining agreement to act in cases involving the integrity of the game. That authority has been recognized by many courts and has been expressly incorporated into every collective bargaining agreement between the NFL and (NFL Players Association) for the past 40 years.” However, the NFLPA (NFL Players Association) disagrees, as proven by the statement they released, “”The NFLPA is disappointed in the decision by the Second Circuit. We fought Roger Goodell’s suspension of Tom Brady because we know he did not serve as a fair arbitrator and that players’ rights were violated under our collective bargaining agreement. Our Union will carefully review the decision, consider all of our options and continue to fight for players’ rights and for the integrity of the game.” Though, most agree that Brady’s suspension is well deserved. Gabe Feldman of the Tuleman Sports Law Program says that, “Tom Brady is almost out of chances …  I think it’s certainly much more likely than not that Tom Brady ends up serving that full four-game suspension at this point.” Hopefully, things work out the way they’re meant to for him.