ATHLETE OF THE MONTH: MADI MORRIS 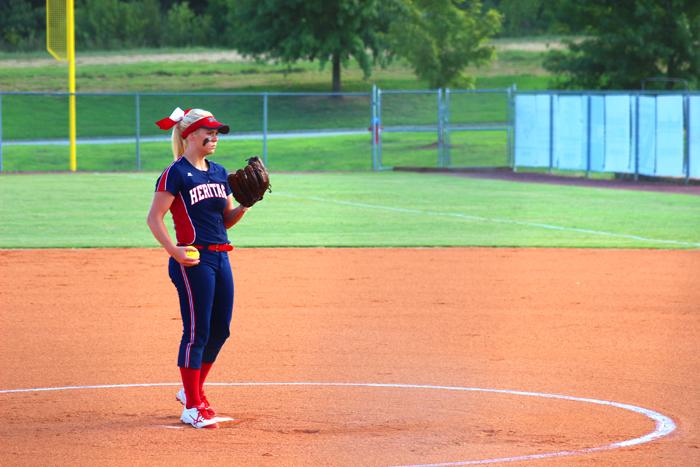 Madi Morris, a junior, is one this year’s premier softball players. Being this year’s pitcher, she is more than deserving of being September’s Athlete of the Month. Madi has been playing softball since she was four years old, which equates to about thirteen years of hard work to get where she is now. Though softball is her favorite sport, she used to play basketball. In her free time she enjoys watching movies, sitting at home, eating, and hanging out with her friends. Her softball skills have not only been fruitful in her athletic progression, but earned her the respect of her coaches and peers. “If I could say one thing about Madi Morris, it would be that first and foremost, she is a natural athlete. She’s fast, she’s strong, and she’s incredibly enthusiastic. She’s going to go on to do great things, and she’s already having a great season.” says head coach Jason Carter. Coach Broom’s praise extends to her as well, saying that she has an outstanding work ethic and works hard or harder than anyone on the team. “She represents us very well academically” says Broom. Madi says that to improve this season, she really was everyone to enjoy every moment of this season, and really bond together. Madi Morris is an outstanding athlete, student, and leader at Heritage High School, and is headed in the direction of greatness.