OF SLASHERS AND POSSESSIONS 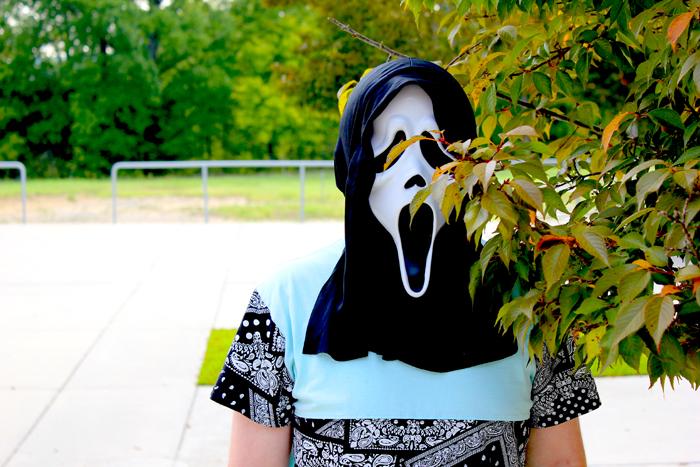 Doors shutting in the middle of the night, faces appearing the mirror, demonic possessions, that’s right I’m talking about horror movies. Horror movies in my opinion are the best genre of movies due to the diversity (for example, slashers, gore fests, and home invasion, etc.) and creativity that goes into horror movies.  Creativity is what drives the horror genre, which is why the horror movie “Sinister” and the “Saw” movies have become really popular. The “Saw” movies have thought  up of new and creative, but gruesome, ways to torture people and “Sinister” offered something more psychologically creative by showing us super eight films only to reveal that a demon was in the super eight films the whole time and we never saw it.

Now here comes my rant. People that work on horror movies need to get their act together. Directors are so lazy now days. Instead of going for an atmospheric suspense movie, such as “The Conjuring,” most horror directors go for cheap and predictable jump scares, because  why make a great film when you can just drain out sound and make a face appear with a loud noise following the appearance! Secondly, with the exception of a few actors and actresses, people that act in horror movies are pretty bad. Take for example the movie “Ouija,” not a single person in the movie was good, they weren’t even decent. You never go to the movies and say “boy, I hope that guy from “Ouija” is in this movie.” You might be thinking I’m being too critical of horror movies and need to realize that not a lot of serious actors and actresses star in horror movies, well you’re wrong. “Silence of the Lambs,” “Sinister,” “The Shining,” and “The Conjuring 2” were all great horror movies and guess what, they had great actors and actresses in them, not to mention the fact that “Silence of the Lambs” won five Oscars, two of which went to Jodie Foster and Anthony Hopkins for their acting.   Also, here’s where I think studios go wrong with horror movies. They make horror movies for very little money so that they can have a huge return in profits, that’s not a good thing.  If you only have five million dollars then you get terrible actors, horrific set pieces, an atrocious script, and horrible makeup. Instead of making great makeup effects similar to the one’s Guillermo Del Toro used in “Pan’s Labyrinth” and “Hellboy,” they end up just using cheap makeup you can get at Wal-Mart and produce these obviously fake monsters and demons. Don’t believe me about how bad horror movies with small budgets are? Then go and watch “Sinister 2” and that’ll prove my point for me!

So in conclusion, horror movies are great as long as they’re done properly and handled with care.