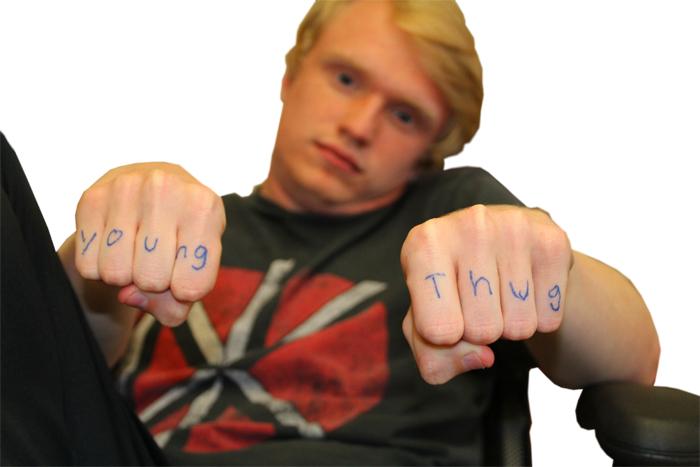 Mumble rap is a fad. There, I said it. I think the idea of trying to make a statement on drugs in mainstream culture by mumbling senselessly about purple liquids and cough syrup is ridiculous
(I’m looking at you, Future), and I am waiting for the day that it will end. I am told constantly that there’s some sort of artistic value in it, but I have yet to be amazed by any artists in this newest wave of druggy trap-flavored, with the exception of Travis Scott and Young Thug. Young Thug hooked me with 2015’s “Barter 6,” a record that probably shouldn’t have been as good as it actually was. It was odd, atmospheric, but didn’t get lost in the melodrama that usually pervades the music in this vein. While I did enjoy this project, Young Thug lost me in a wave of disappointing mixtapes and features. I wasn’t expecting much from his newest bite-sized project, “JEFFREY,” but somehow Young Thug managed to pull together a completely different offering than anything we’ve seen from the Atlanta rapper yet.

“JEFFREY” has track titles that carry a theme of honoring Thugger’s influences and heroes, so each track is named after a different celebrity. The mixtape opens with “Wyclef Jean,” a reggae infused banger that captures an entirely different energy than any Young Thug song that I’ve ever heard. It has a plodding beat that lumbers along with Young Thug wailing and singing like a madman about how his “money go longer than a NASCAR race.” This change in style is prevalent across the tape, especially on the track “RiRi,” where Young Thug sounds like his voice is tearing to get out what he’s trying to say. Thugger screeches over the instrumental “If you want it, you gotta earn. You gotta ER-ER-ER-ER-ER EARN it.” I don’t know how it works, but it simply does. Young Thug goes even further on the poorly titled “Harambe.” On here, he’s going absolutely insane, switching between personae, one with his trademark vocal styling and the other with an animalistic bellow.  Again, this is something that should’ve gone over terribly. Young Thug eclecticism and odd approach to what is usually such a tired style of music is disarming and artful all at the same time. Even the features serve an odd place in the mix here, with Gucci Mane sounding even more drone-y than usual, and Wyclef Jean coming in to give a wonderful performance on the track “Kanye West.”

Young Thug outdid himself with “JEFFREY.” It’s an outstanding release that gives me new hope for similar releases in this style, and the experiments here that DO go over well outdo the occasionally lackluster moments. I’m thoroughly excited for the Atlanta rapper’s next project.