POINT / COUNTERPOINT: OUT OF THE FRYING PAN & INTO THE FIRE 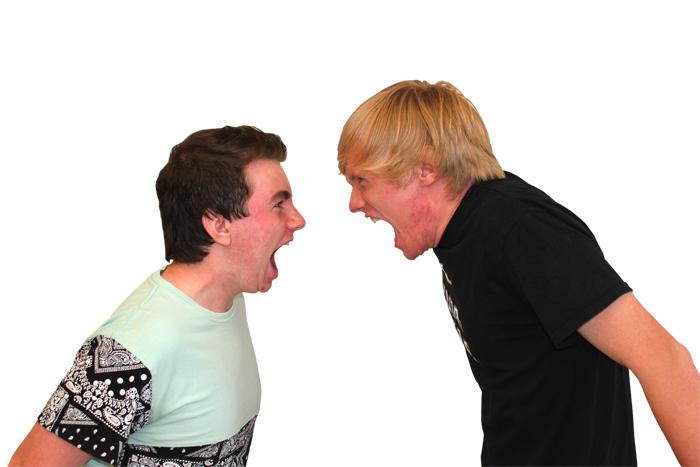 Music is a constantly evolving force that is not to be reckoned with. A musician could be a huge star now, but completely forgotten about in five years. So, when a band is able to still produce music for twenty years, you know they have to be special, and Skillet is no exception. Since 1996, Skillet has been able to produce quality rock music with a positive message, or an offensive message depending on your views on faith. Yes, Skillet is a Christian rock band which might sound crazy to some and genius to others. Luckily, their music in, my opinion, is able to please both groups, and thankfully their new album “Unleashed” is able to pull off that daunting task and shows why Skillet is at the top of their craft. The album opener “Feel Invincible,” offers a positive message of self empowerment while also being a ferocious song, with John Cooper’s vocal skills and beat that will make anyone bang their head along.  My smallest problem with the album is the song “Stars.” It’s not that it is a bad song; it’s just that it sounds too much like a song you would sing in church, and in my opinion, it felt out of place since it’s not as rock oriented as the rest of the album is. Imagine if Metallica decided to cover a Madonna song and put it in their new album. That song would feel out of place just like “Stars” was. While the rest of the album was overall good, my biggest problem with the album is that it relied too much on electronics. At points I thought I was listening to Skrillex, and that is not a good thing at all. Overall, I thought “Unleashed” was a rather solid album. It’s not as good as “Rise,” but not as bad as “Comatose.” In the end, I thought it was money well spent and have no problem recommending the album to someone. (Ian Shank)

Before you hear my sad and bitter testimony as to why Skillet’s newest record is offensive to more world religions than just the one it’s representing, let me get something straight: I’m all for praising the big G within the realm of heavy metal. You could say that I’ve really been through the ringer with contemporary Christian Metal. I’ve done spinkicks for Christ, I’ve two-stepped in the name of the Lord, and I’ve bared witness to some dedicated dudes playing their butts off for what they believe. Christian Hardcore and punk have been like a family to me, so I’m not here to criticize anyone’s faith. What I am here to criticize is absolutely tasteless and sanitary music.

Skillet has been around for way longer than I had realized. I have vivid memories of elementary school metalheads going wild for hot singles like “Monster” and “Awake and Alive.” What I didn’t know is that these guys having doing it for almost twenty years! Their sound comes right out of the era of ridiculous nu-metal and alt-metal, and while this trend may have been passable in 2003, I am at a loss for words that it’s still being done in 2016. What we’re given with their new record, “Unleashed,” is an hour long wash of painfully tasteless radio metal tracks. Where the album really goes wrong is in the production. Make no mistake; your elements of radio-friendly heavy metal are here. You’ve got the constipated vocals, the chug-a-chug overproduced guitars, and the drowned drums. But here they’ve got a new twist: a new production style. This record has a production style that falls somewhere between Skrillex, Andrew W.K.’s “I Get Wet,” and every Nickelback song ever recorded. The catchy choruses just aren’t complete without glitzy synthesizers and vocal effects that make John Cooper’s voice malnourished and thin. This mess of, again, distasteful production and effects make the already exhausted and tiring music into an unbearable mess akin to throwing pots and pans down the stairs while a Creed concert is happening inside of an oil-drum.

Skillet is sad representative for contemporary Christian music. They lack anything interesting about their sound or their message. Teaching the Gospel is more than just sweaty guys playing sanitized radio metal. I’ve been able to witness it with my own eyes. Skillet, to me at least, is a clear example of what’s giving contemporary Christian music a bad name.  If you are looking for groups that did it right, P.O.D. has made some insane Christian groove metal that can really get you moving. (Connor Harlan)