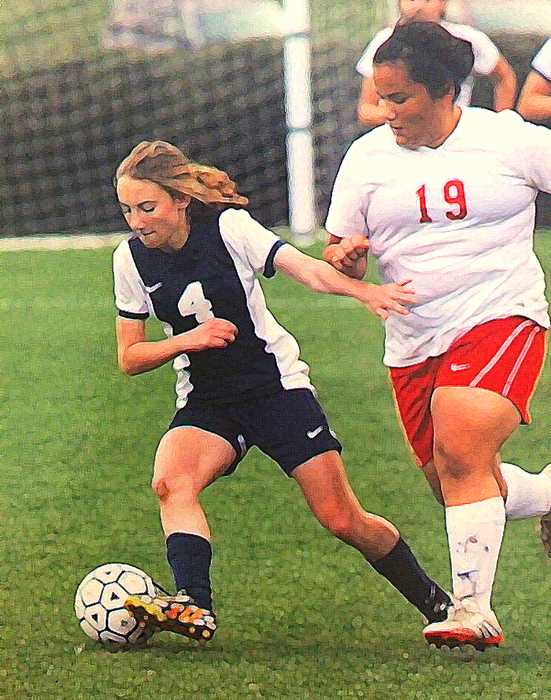 Finley Brisendine isn’t your average soccer player. Well, okay, she is an average soccer player, but she likes the sport a whole lot! That’s really the only way to describe her love of the sport, because her fondness for the checkered-ball-kicking sport has her playing soccer almost year round. Not only does she play for the Heritage Girls’ soccer team, she travels all around the state with her select team, the Belles. This isn’t your ordinary rec or select team, because this one is ranked first in the state league tournament. If the girls play again in the tournament and win, they’ll be eligible to travel to an even bigger one in Atlanta coached by 64 college coaches. Besides this select team, Finley has been playing the game of soccer since she was five years old. She says that she hasn’t stopped playing since, and soccer is always something she looks forward to. Her history with the school team has led to the girls making it to state and Finley making best of preps. When not playing soccer, she enjoys fashion, running, and chilling with her friends. Finley gave me the inside scoop on her soccer aspirations for the future, and not only does she plan to play in college, but several colleges have been scouting her to play for them. One of those colleges has invited her to practice with them on October 8, but when the General Journal pressed her for the name of the institution, she respectfully declined to name it. Mrs. Brisendine is moving on up in the world of soccer.  (Connor Harlan)