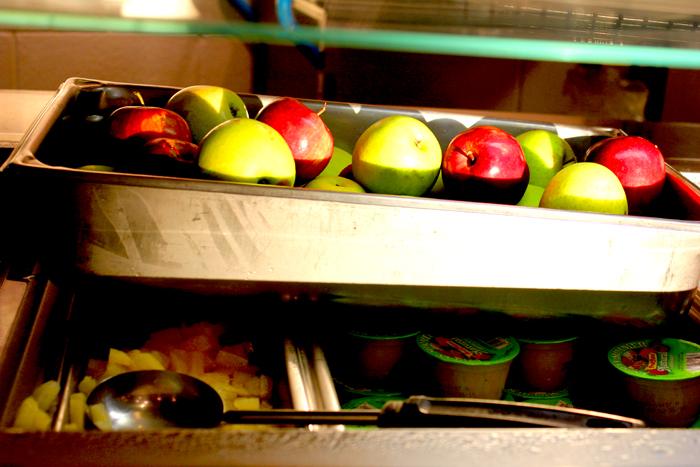 Why do people continually insist on making their tastes exclusive? I understand that people may not enjoy certain movies, music styles, foods, etc., but why would you just limit yourself? The most frustrating one, for me at least, lies with picky eaters. Picky eaters are one of the worst types of people to have to be around, simply because their taste in foods is based on assumption. They assume that something won’t be good because they don’t like how it looks. I’m trying to be reasonable here. I get that not everyone will want to eat something like octopus or types of sushi, but are you really that much of a baby that you won’t eat anything green? Grow up and eat like an adult. If you want to embarrass yourself that much when you’re in public and eat your chicken nuggets and French fries like a six-year-old, go ahead. And trust me, it will embarrass you. Eating vegetables isn’t gross or hard, and they’re kind of essential in the diet of any human being. I’ve loved eating vegetables all my life and I constantly find myself casting dirty looks in my father’s direction when he coddles my little sister and lets her live on a diet of Cheetos and macaroni & cheese. When I was growing up, I couldn’t leave the table until I ate my vegetables. Now, people are basically just looking at it as promoting positivity by not telling kids what they should and shouldn’t eat. And please, don’t give me any diatribe about Michelle Obama. God forbid that your two-hundred pound ten-year-old can’t have their morning bag of Doritos with their Mello Yellow. I’m sure they’ll be fine when you drive them around McDonald’s after school. Basically, I feel like health has taken a backseat nowadays. Being healthy is no longer trendy, so now we’re divided between absolute health nuts with a superiority complex and stubborn people who are exercising that it’s their right to ride in rascal around Walmart when they go to buy their Hungry Man microwavable meals with their 24 pack of Mountain Dew Code Red. Eating unhealthy is okay sometimes, but don’t defend a harmful lifestyle under the guise of it being your freedom and right. Because it’s also your right to a heart attack when you’re 45.