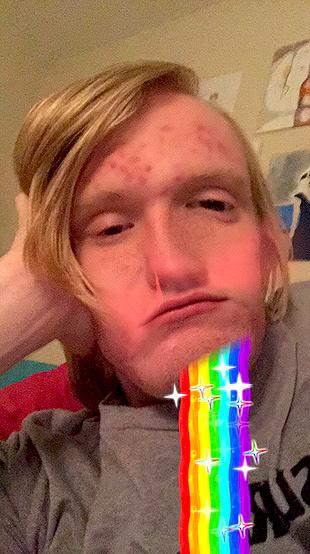 I will never forget the day that I told my parents that I was emo. I walked in bearing my limited edition Orchid 7” and gave them news. “Emo?” they said. “Do you mean like My Chemical Romance and Hot Topic?” No, mom, I don’t mean that. I never did. That’s not real emo.

We emos are ready to bring about an uprising in response to the years of slander by the normies. Emo has been appropriated from essential music genre and way of life to shameful music genre and shameful way of life. Emo began in the late 80’s as an offshoot of the infant post-hardcore genre. Hardcore punk’s fast and angry mode of expression began to stagnate in the underground music scene, and post-hardcore breathed life into the dying movement with elements of more experimental music genres. One of the most important experiments of post-hardcore came in the innovative emotive form, or, Emo. Emotive hardcore is characterized by punk’s fast tempos and unrelenting aggression, but augmented by a greater focus on melody and emotion. Bands like Rites of Spring and Jawbreaker made waves due to their unique approach to writing punk rock. These widespread influences resulting in waning focus on the punk aspect of the music and became much more low-key, meditative, and complex. Changes like these ushered the late 90’s movement that we see today as real emo. I’m not about to stand by and witness the bastardization of one the most important music movements in history. Modern day bands labeled as emo are the worst posers of them all, eschewing individuality and emotion in favor hooky and slick pop music that’s less sugary than Fruit Stripe Gum and has about one tenth of the lasting flavor. Bands like Panic! At the Disco have done their best job to hook the crowd of kids looking to strike out and find individuality in the arms low confidence and bright colors, but are they emo? The answer is no. There’s zero sense of emotion or musical talent in their god-awful music, and to prove how vapid and uninteresting their music is, their most recent albums have abandoned their normal edgy tendencies in favor of an unbearably bland pop-rap sound a la Twenty One Pilots. That band is a topic for another day. PATD aren’t the only offenders; bands like All Time Low, BORNS, The Maine, and many more have successfully ruined a good thing. Thankfully, there are modern day bands paying tribute to emo in the way it was originally conceived, while still leaving their own mark compositionally. The World is a Beautiful Place & I Am No Longer Afraid to Die has a sound that harkens back to emo’s glory days while also including grandiose elements of post-rock. La Dispute has been around for a while, and they’re still going strong with a fantastically emotive sound that incorporates elements of spoken word, screamo, and hardcore punk. Emo still has some life in it. Stop bludgeoning it to death.edi