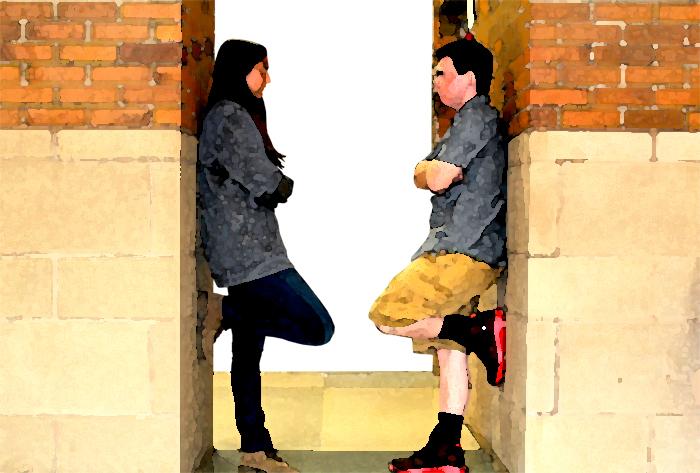 Ever since they met on the set of the 2005 action movie “Mr. & Mrs. Smith,” Brad Pitt and Angelina Jolie have been Hollywood’s power couple. Whenever they took a vacation or adopted another child, the media would go into a frenzy. Gossip magazines, entertainment channels on YouTube, and Entertainment Tonight would cover it immediately. Sadly, on September 20, Angelina Jolie filed for divorce from Brad Pitt.  The news broke the hearts of many fans, including some of HHS staff. To see how people truly felt about the divorce, I asked several Heritage High School teachers and students about their thoughts on the divorce. Mr.Budds said “Honestly, I have no thoughts on the whole thing. I don’t know them so I can’t really tell you how I feel about it. I think we spend too much time concerning ourselves with the lives of celebrities and not our own.”  I then went to Mrs. Cosby and asked her what she thought about the whole ordeal. “It’s sad, but not really shocking.” she said. Sophomore Cassie Case sarcastically said “Oh, I’m heartbroken and just can’t believe that it’s happening,” and continued by saying “Just kidding, I don’t really care about them.”  Sophomore Jarod Long also had a similar response. He said “I couldn’t care less.” With all of these rather negative responses, it raises a very good question one must be thinking: Do people honestly still care about Hollywood’s former power couple “Brangelina?”