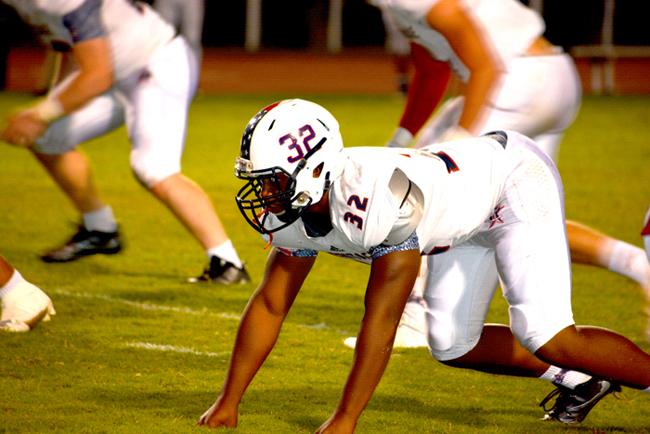 Riding the anticipation following the fantastic plays made by our team at the 2016 Homecoming game, hopes were high to take down Southeast Whitfield on their turf. I think that every Heritage General can agree that we did just that. It’s been a bit of time since we’ve been scoring this consistently and making plays as well as we have been. I’ll be the first to say that Coach Slaughter has significantly improved the playing of these players, but the players themselves are shining examples of athleticism on their own. With a score of 47-10, the Generals decimated Southeast Whitfield, and this was no accident. Touchdowns scored by Ryan Carter, Luke Grant, and Boom contributed to what I can call a near-perfect game.

The football program hasn’t seen this kind of attention and sportsmanship in a long while. It brings me hope because I see the pain and energy that our school has felt being channeled into something fantastic. When Coach Slaughter stood up at the vigil for HHS alumnus Katie Beth Carter and said “Getting out here and winning is important … but it doesn’t matter,” he really must’ve instilled something in the players. I couldn’t be more proud of our Heritage family for overcoming tragedy in the most beautiful of ways, because winning hasn’t gotten to the heads of players. Like Coach Hight said, “What have we done to earn the right to brag and be cocky?” Well, Coach Hight, while we may not be quite there yet, our team is definitely on the way to earning those bragging rights.