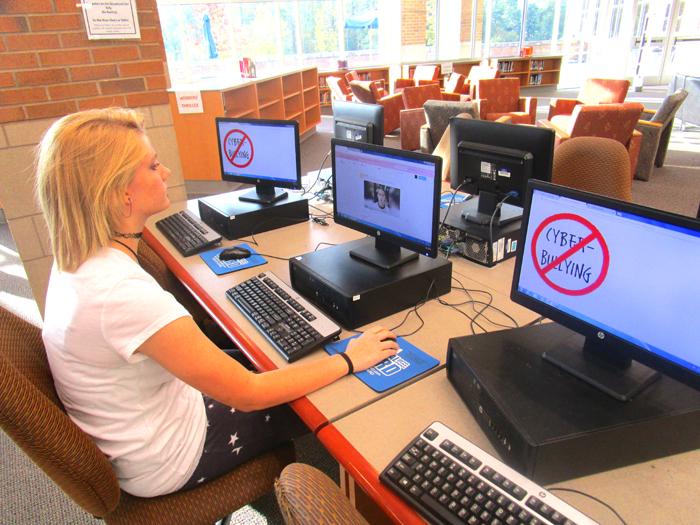 Want to know what really annoys me to the maximum? What really I can’t stand is a cyberbully. It’s bad enough that we have bullies at school, at home, and other public places like the park. Why does the Internet have to be teeming with them? Cyberbullying is more than just a rude comment or an expression of opinion: it’s sending intimidating threats through text, starting rumors online, or basically making someone your internet puppet to toy with.  While some people can turn away and ignore what’s going on, others take it a little more personally. Not everybody has the confidence to walk away. Those of us who are more fragile want to defend ourselves and get back at the bully, often digging a deeper hole than there already was. People get hurt, and not only by the oppressor, but themselves as well. They beat themselves up and often come to believe what is being said about them, allowing their tormentor the satisfaction of winning. With so many social media sites available, it’s easier to be targeted and harder to avoid contact with the intimidator. At this point, a block button is useless because fake accounts are easily created, making it much more complex to figure out who it is behind the harassment. It’s not as simple as telling a teacher or parent anymore.  I think it is sick for a person to want to target someone online for their own fun. It doesn’t make you cooler and anyone who finds amusement in watching people be harassed has serious issues and I highly recommend going to someone about that. I want to see more being done about our online safety. I don’t think having a law or policy passed is enough because one way or the other, bullies are going to discover new ways or sites that allow them to anonymously hurt people. I would rather someone tell me to my face what they have against me and get it over with right then, rather than being scolded online for reasons unknown.