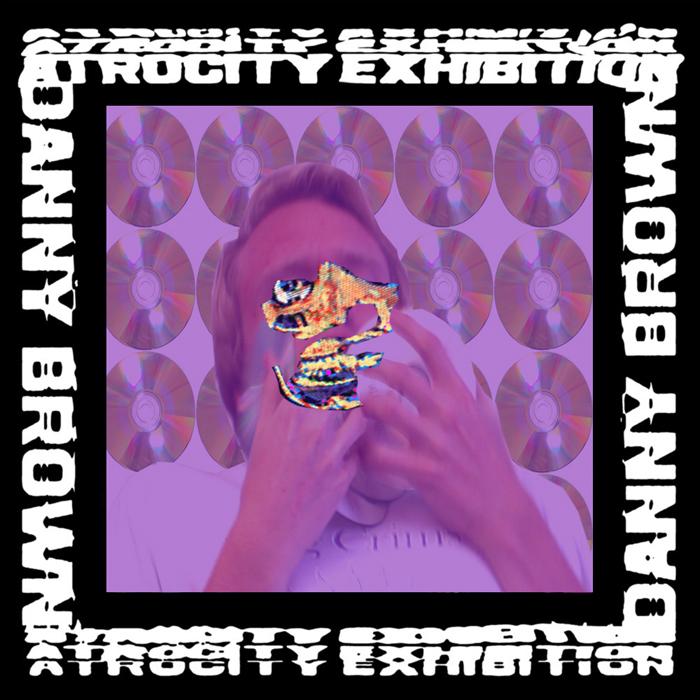 “Atrocity Exhibition” begins with a haunting instrumental, but before you have time to process just how unconventional this beat is, Danny begins rapping with his trademark yelp. This track, “Downward Spiral,” is meant to open the record by warning just how deranged it’ll get. Immediately following, we get “Tell Me What I Don’t Know,” a reflection upon the youth of the inner city committing crimes. Brown’s flow on this track is deeper and loses his nasally yelp, but this is short lived as the following tracks re-vamp his energetic delivery. The album’s posse cut, “Really Doe,” is a non-stop energy track with a fantastic hook courtesy of Kendrick Lamar, and verses from Earl Sweatshirt and Ab-Soul. This is perhaps the most conventional moment on the record, as the rest turns into an odd trip down into the mind of Danny Brown. Tracks like “Ain’t It Funny” and “Goldust” boggle my mind with their vicious flow from Brown on top of beats that wail with shrill horns and screamed vocals. The beats on these tracks can barely be considered beats, and I’m even more floored by how well Danny rides them with his passionate yelp. Another aspect of the record that makes it so fantastic is how perfect the sequencing is. Brown adds more low-key tracks in the track listing to break up the aggression and energy driven ones. “Dance in the Water” is my personality favorite, but another highlight is the demented trap-flavored track “Pneumonia.” For weeks after hearing this song, I found myself mumbling the words “Made thirty bands in thirty minutes/before I count it, I’mma darn-near spend it.”

I would be hard pressed to find an album this year that I enjoyed more than “Atrocity Exhibition.” It’s no holds barred aggression and experimentation throughout the entire record, and I think that Danny Brown has made the best record of 2016.