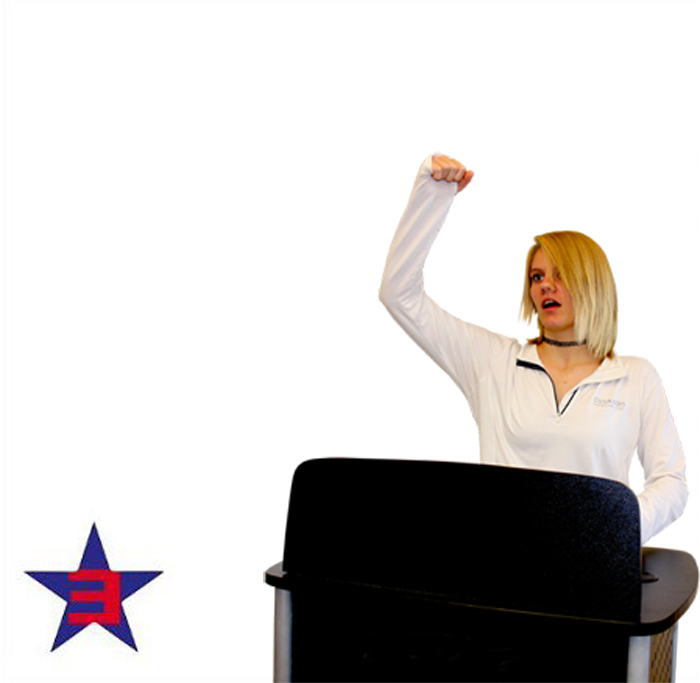 On Wednesday, October 19, 2016, well known rapper Eminem dropped a new song called “Campaign Speech.” This provocative rap song was produced in regards to the third and final  presidential debate that was also held place on October 19. The song is seven minutes and forty eight seconds long. To introduce the song, Eminem posted on Twitter saying “Don’t worry I’m working on an album! Here’s something meanwhile.” along with a link to the new song. The last complete album to have been produced was released November 5, 2013, not to mention the Shady records XV compilation in 2014, and fans are anxiously waiting. There’s nothing to the cover but a white background with a backwards red letter E inside of a purple star in the bottom left corner. Within the first second of the song, Eminem is already rapping. There wasn’t exactly music in the background, so all you could really hear was Eminem spitting lyrics and what seems like sound effects such as buzzing and an occasional crash or bang. It didn’t really sound like he was singing or rapping, but more like talking.  In this almost eight minute long session, Eminem focuses mainly on political subjects, even referencing to presidential candidate Donald Trump, calling him a “loose cannon.” Not only does he bring Trump into it, but also his supporters. By listening to the song it is hard to keep track of everything he is referencing, but you can tell Eminem has a bone to pick with Trump.