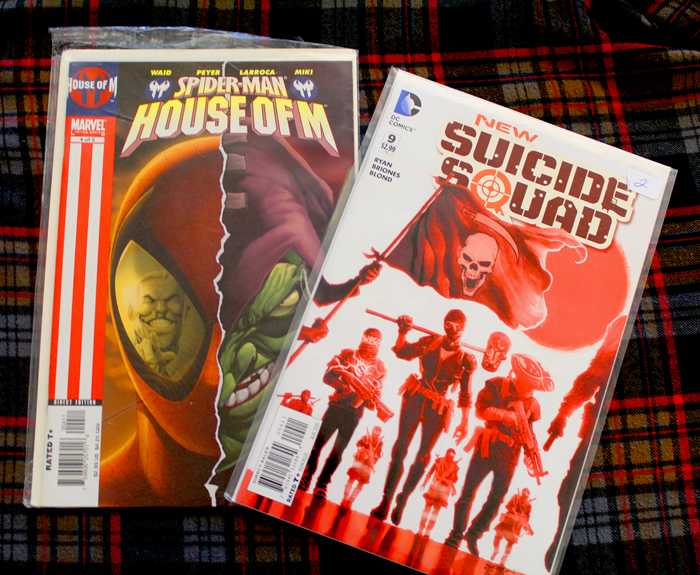 They aren’t the only comic book companies, but D.C. and Marvel are the superstars of the industry. If you hear the word superhero, chances are that one of their characters comes to mind. D.C. has more of a prominence on television with shows such as “Arrow” or “The Flash.” Both shows do a good job of staying close to the comics, while also surprising people. Most episodes are unique, except for the ten different episodes with Captain Cold. I feel like whenever the script writers can’t think of anything, somebody suggests Captain Cold and everyone groans. I really like that they’re making more movies lately as well, though. With “Batman v. Superman” and “Suicide Squad,” there are a lot of people that love them, and a lot of people that absolutely despise them. The new D.C. movies tend to be very controversial, but they always make quite a bit of money. They’re usually very bland though. Most of the movie will be centered on one thing, and the characters are always boring. I’d love to see D.C. surprise everybody for once. Marvel has had an extremely large movie presence since the “Spiderman” trilogy in 2002, and “The Avengers” in 2012. “Spiderman” has always been one of my favorite movies. The actors were great, especially James Franco and Toby Maguire. My little brother watched it at least once a week and somehow never got sick of it. Every single time we looked through our movie collection, it would always be an argument between “Spiderman” and “The Mummy 2.” “The Avengers” has great battle scenes and even better comedy. Marvel has never had a large presence in television aside from animated shows. The “Agents of S.H.I.E.L.D.” show was interesting for a few episodes, but I stopped enjoying it and quit watching. Their “Daredevil” show is good, but it’s much too dark and dreary. Marvel should probably just stick to movies. While both companies have things that they do well and both have blatant flaws, my favorite is Marvel. Overall, they make better movies and they please both comic book lovers and the casual consumer.