EDITORIAL: WHAT A HOOT! 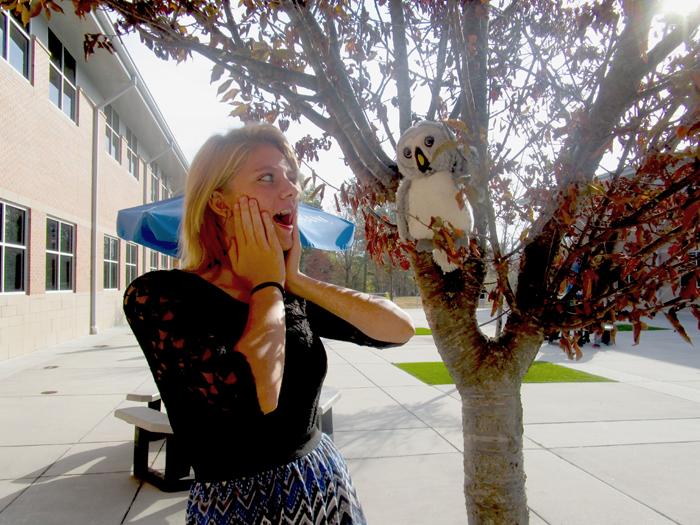 When asked what my favorite animal is, I often have to stop and think. I’m an animal lover, meaning I love all animals whether they’re big or small. It’s hard to choose from the cute fluffy animals like bunnies or the strong and dangerous animals such as lions or bears. Even though it is a very tough choice to make, one of my very favorite animals is the owl. Not only because they are said to be very wise animals, but they are cute all around! They look fuzzy even though they’re technically covered with feathers and their eyes are wide and mesmerizing. Not to mention the little sounds they make. I have never personally heard an owl actually hoot, but to me it sounds so cool. Due to the fact that there are two hundred different types of owls, my favorite has to be the Northern white-faced owl. The main reason for this is their ears. Their ears are long and often make the owls look like they’re up to something. I can’t really call them majestic or anything but seeing them fly is absolutely stunning. One other thing that makes them so interesting is the fact that they can turn their heads up to two hundred and sixty degrees without cutting off the blood circulation! Like, how could someone not think that was the coolest thing an animal could do? I’ve liked owls since I was about ten years old. My moms would come home with a new stuffed animal owl, notepads with owls on them, or anything owl related really. Once I had an entire bathroom set that was owl themed. I guess it seemed like I was obsessed with them but it was more like infatuated. I’m not as big about them now though, but I still love them, and I still think it’d be cool to be able to see some in person and even get to hold one like the animal keepers get to, but at the same time their eerie side makes me slightly scared to want to get anywhere near them.