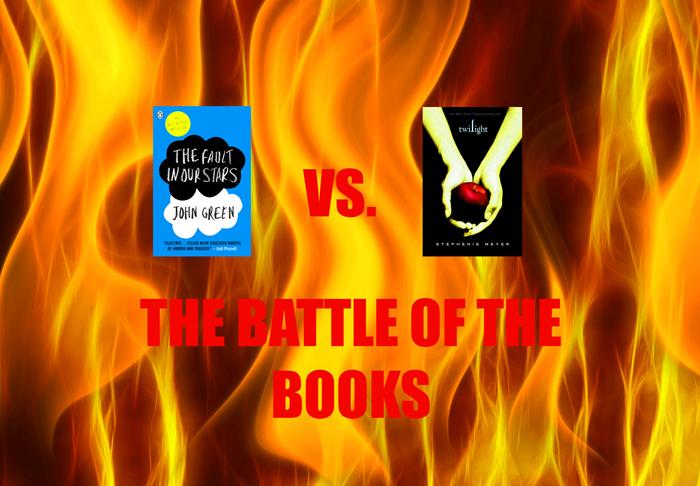 The Battle Of The Books is a new program recently started in the media center. Mrs. Sixto was researching ideas to increase enthusiasm about reading among teens. She came across an idea that has now evolved into The Battle Of The Books. Several books have been selected based on popularity, and the books that go up against each other are of the same genre and have a similar theme, such as this week’s selection: “Twilight” and “The Fault In Our Stars,” with the theme being controversial love stories. Also, the two novels “The Maze Runner” and “Divergent” were chosen for their dystopian theme to face off. Students then vote on which book they like better, and the book that gains popular vote advances into the next round. The idea is that eventually one book will be crowned as the best. The program has brought more students into the media center and will hopefully bring some people to come regularly. It is a way for a non-reader to discover something that they like and maybe gain a new interest in reading. Some random voters will be chosen to win a prize, which will incite people to vote in the first place. The debates between students– and sometimes teachers– about which is a better book is one of the best parts. People are talking about something other than the same old things, classes are having large discussions, and it’s interesting to hear their arguments. While the battles are small compared to other things, the impact is certainly large.