THE GUIDE TO THE PLAYOFFS FOR A NON-FOOTBALL FAN 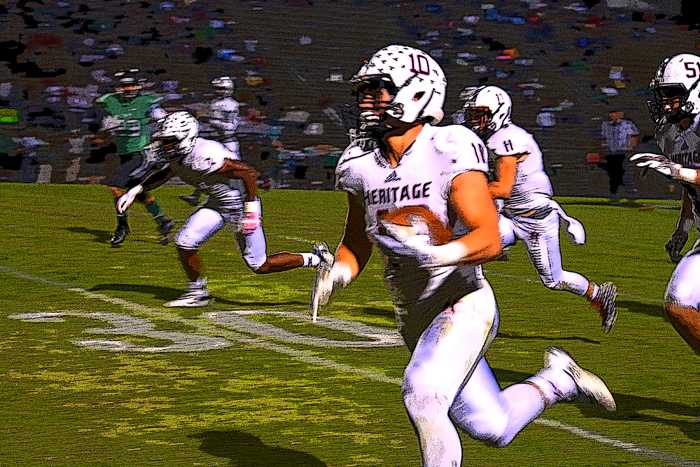 As seen in my previous articles pertaining to Heritage football (which I am currently pretty enthralled with), I’m not the most educated when it comes to the sport. So when I found out that we’re going to the playoffs, I knew that something different was on the line with these games. Before the first game, I talked to both coaches about their confidence in the team. While confidence was high, what wasn’t present was a sense of cockiness. This same ideology is present even after a series of wins. If all we did was look at the wins, none of this would really matter. We’d simply high five and be satisfied with fourth in the region and not have even tried last Friday at Pickens. But that isn’t what we did, and that’s not just from the point of view of a fan. Coach Hight is a firm believer that we played our best game that night. In the state of Georgia, football is a huge deal. North Georgia isn’t home to some of the most prestigious teams in the state, so someone like us making it to the playoffs is a great feat, in my opinion and that of the coaches, too. “I have the utmost confidence in them. They are physically and mentally ready to perform this Friday. There’s a lot uncertainty that comes with going to play against a team halfway across the state. But that confidence that was always there what I have in the team.” says Coach Hight. The team, a group mostly comprised of juniors and led by Corbee Wilson, has proven themselves to have the talent and dedication to pull a win in their first playoff game. In the most cliché of terms, please get out and support your Generals.