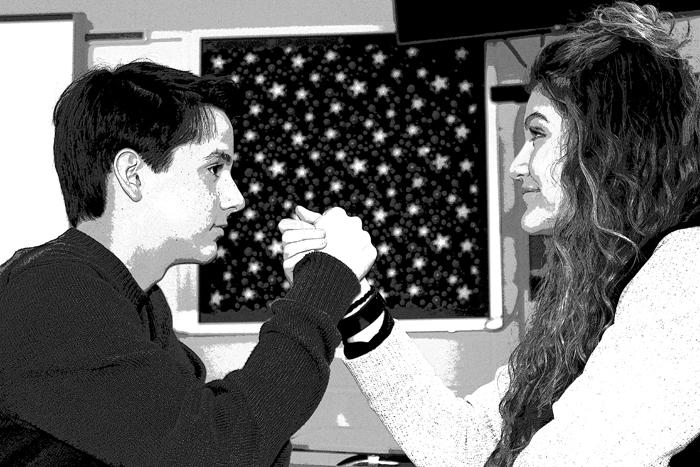 In some places of the world, women have to cover their faces just to go out. They cover everything but their eyes. I think that these countries don’t want women’s voices, their opinion doesn’t matter, and they don’t care about their opinion. They don’t want them to have a voice. I think in our American society we have a voice, but many people don’t want us to have a voice. Today, women make up about fifty percent of the population, but have less than fifty percent of opportunities that men have. Women in America earn just 77% of what men earn. For example, if a guy were to make one dollar per hour, a woman would just make 77 cents per hour for doing the exact same job. How can that be possible? We are in the 21st Century and that still happens. We are supposed to be progressing as time goes on, but women’s rights and equality are not progressing.

Women were not allowed to vote less than a century ago. They first started voting in 1920. Many riots and protests happened before that. One of my favorite female heroines is Susan B. Anthony. She was the president of the National American Woman’s Suffrage Association. In 1872, she voted in a presidential election illegally. At her trial she was not permitted to speak in her own defense. Why? Because her trial had an all-male jury. Her case caused sensation all around America.  Even after her case, she continued to spread the word on woman rights throughout the U.S. and Europe. Unfortunately, she never got the chance to vote because she died in 1906. Now, women across the U.S. are putting “I voted stickers” on her gravestone in the wake of Hillary Clinton’s campaign for the presidency.

Sexism does not stop there, though; sexism, or in other words, masculism is seen all around the world, but in some places it is more tolerable. Something that I can’t stand is when a guy tells another guy “You got beat by a girl” or “You play like a girl.” That’s like saying that being a girl means that we are the “weaker sex.”

The sad truth is that men have been granted all the rights since history can remember; they never had to worry about their rights, and they don’t know what it’s like to not have them.