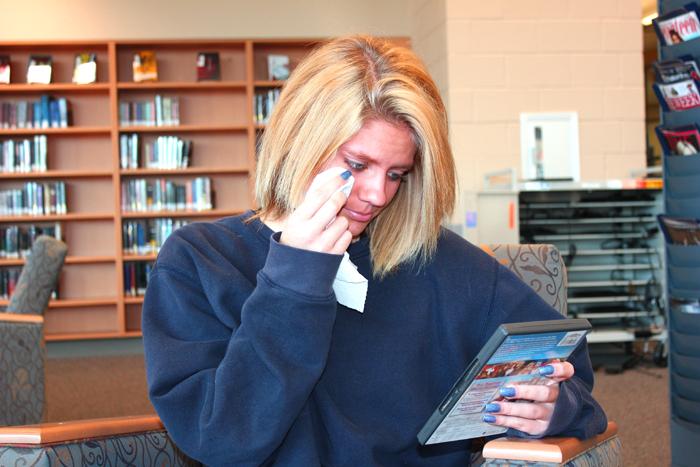 One of my favorite pastimes has to be watching movies. While my favorite movies are action-packed horror films, I still enjoy the older films, and my all time favorite has to be “Cry-Baby.” The first time I saw the film I was around the age of eleven, and Johnny Depp had never looked so good. It was released in the year of 1990, and at my age I thought it was great. With it being a musical there’s no possible way I couldn’t love the film. I learned every word to every song and can practically quote the movie word-for-word. The goody-two-shoe people of society were called “squares.” They were considered perfect. Girls wore full length dresses and skirts with their hair and makeup done respectfully. Boys wore slacks and nice button-up shirts with their hair cleanly groomed. They talked clearly, acted appropriately, and thought they were better than everyone else.  On the opposite side of society, you had the “drapes,” also known as “greasers.” They were the cool kids. The girls wore miniskirts or tight pants and low cut tops, bright red lipstick was a necessity, and heels were a must. Guys wore leather jackets and faded jeans with their hair slicked back, and had a cigarette in hand. Teen pregnancy and jail wasn’t uncommon to them, simply because they didn’t care. Of course the two sides would be enemies, but they still had one thing in common: music.  Trouble arises when Allison, a square, is tired of always being good and falls for Cry-Baby Walker, a drape, and it means war. Watching the movie when I was a kid made me excited to see comical romance meet action, but now that I’m older and have seen recent films, I’ve realized that this movie makes me cringe, yet smile at the same time. The acting from before compared to now seems like amateur work. Everything is so dramatic and I can’t help but laugh. I still can’t let that get in the way of my love for this movie though. I thought all of the actors suited their roles very well, all things considered, and can’t help but love the “good vs. evil” vibe. Overall, I love this movie and would highly recommend it to those of you who appreciate an old romantic comedy musical.