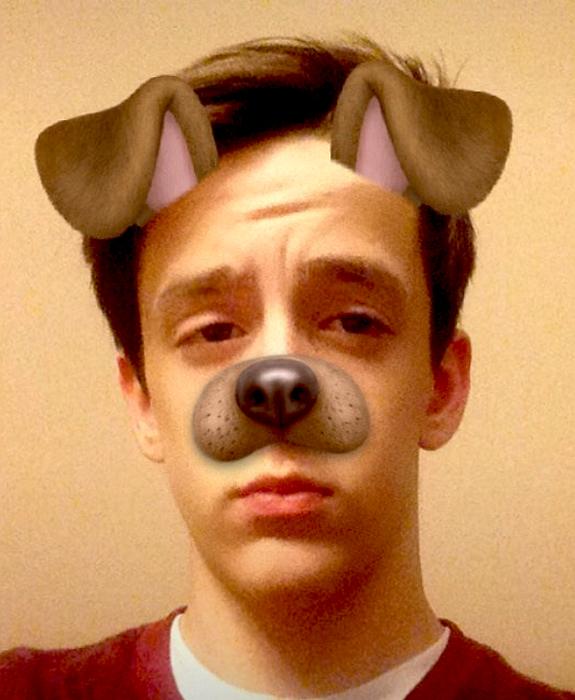 Snapchat is a hugely popular messaging app that has several features that set it apart from other social media. Of all of the apps, Snapchat is by far my favorite. I like that the messages, pictures, and videos disappear after you view them. People just have to remember the conversation, just like in person. I hate whenever somebody replies to what I said an hour ago, and I forgot what we were talking about. The app notifies you when somebody screenshots what you send, so you know if someone is saving it for some reason. The doodling on pictures is fun, and people that are a lot better than me can make some very funny things. The pathetic attempts at someone trying to draw something are also enjoyable. The filters can be funny, and it’s always fun to mess around with them with your friend, but the dog one annoys me. So many people seem to use it for every picture. They have beautiful noses, and nobody ever sees them because there’s a dog nose over it. The one that shows what speed you’re going at is cool, but it’s led to car accidents. That’s because of stupid people though, not the filter. The GeoFilters that have a nice little design and the name of the location are a great addition. The designs make it way better than just saying “I’m in New York, guys.” I like face swapping and the ones that alter a part of your face like your mouth. I also like seeing everybody getting excited when a new one comes out. Stories are a great feature. You can show people what you’re doing, say where you are, or post something stupid or funny. The negative side of stories is the passive aggressive complaints and the constant 11:11 things. It’s the most annoying part of the app. Nobody cares what you wish for and everybody already knows what time it is. The app is a fresh and good idea. I think that in the growing world of social media Snapchat has certainly made a mark, and I think it will last a long time.