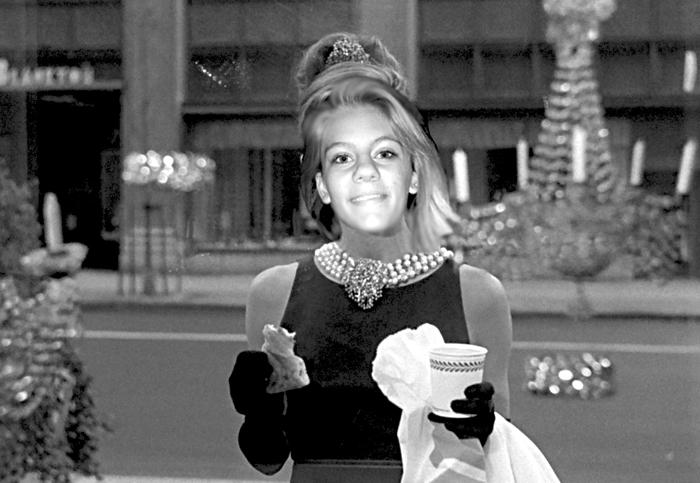 With more modern movies being produced year-round, Christmas season is a good time to bring back some of the more classic movies, one of which being “Breakfast at Tiffany’s.” The movie is a 1961 American comedy that was directed by Blake Edwards, and while it doesn’t have anything to do with the holiday season, it is a heartwarming story. Holly Golightly is a young woman who only seems to care about one thing: money. While she doesn’t have a legitimate job, she works as a paid escort. Holly isn’t the type to settle down. She runs in the crowd with the richest men and the snobbiest women. Her daily agenda consists of not-so-fancy parties, sleeping, shopping, and the feeding of a cat that she doesn’t consider hers. She uses men for their money so she can live a “wild and free” life, but when Paul Varjak, also known as Fred, moves in upstairs, she finds herself scared. She’s scared of commitment and scared of losing her freedom. Paul isn’t the type to fall in love. He lives off of money from a woman he worked for. When his run-in with Holly sparks his curiosity, he couldn’t help but want to know her, but he didn’t know he’d end up loving her the way he did. With the two battling their own demons from both past and present, at some point they know they have to cave-in. Their interesting friendship quickly progresses, and while Paul is ready to admit the way he feels, Holly isn’t ready to give herself up. Watching this comical and heart-stopping film unfold takes you on an emotional roller coaster that you’d be willing to ride over and over again.