PLAYOFFS, ROUND 2: THE HEARTBREAKER 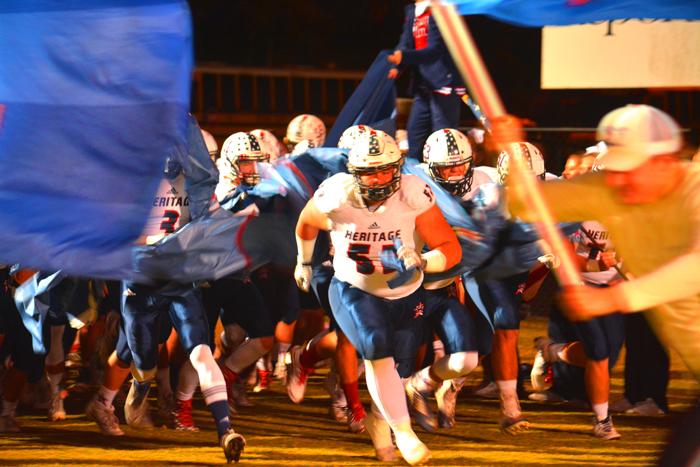 The Generals ended their season’s fantastic tenure last Friday with a heartbreaking loss against Mary Persons High School in the second round of state. The game highlighted many fantastic plays made by the boys, with our first touchdown made with a pass from Corbee Wilson to Chandler Hill for a 29 yard reception. The boys continued to fight hard against Mary Persons. Tanner Nance had an excellent fumble recovery on the 48 yard line. The scores remained close throughout much of the nail biting game, with the score only being 14-7 at halftime. Luke Grant scored an impressive touchdown during the third quarter, but Mary Persons came up in the fourth quarter to take the game. The final score was 21-38, but what every General will remember is the first time that we made it this far into state. This season epitomized hard work and dedication to the game, and is hopefully signaling a sea change for the team in the future. Though some of our key players will be graduating, players like Luke Grant and Ryan Carter have shown immense skill and dedication that will be the key to us having more great seasons like this. The team certainly played an unforgettable season.